Although I happen to buy way less makeup than I once did – I remember the numerous times more than half of my paycheck would morph into cosmetics orders straight onto my doorstep, there is still the occasional product that I have to have.
As a makeup artist (and a hoarder but let\’s not linger on that), I technically own more than enough makeup for any of my models and myself for another ten years.
Even if my hoarding quests have somewhat slowed down, I know that many a makeup junkie travels to London with the intention of emptying the Superdrug and Boots shelves. So, here you go – all the affordable – and less affordable spots for you to go makeup shopping around London. 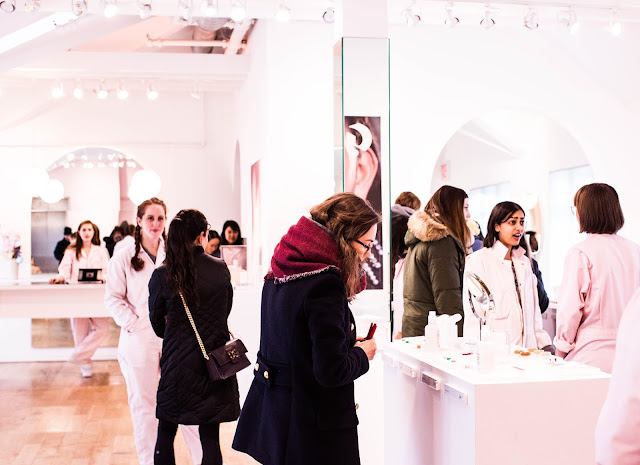 Of course, I\’d mention Superdrug and Boots first. Those stores are actually one of the reasons I moved to London, or, as I\’d better put it: they\’re one of the reasons that made me feel excited to move to London. Drugstore all the way, and three for two offers are regulars in Superdrug.
In Superdrug, you can find brands such as Maybelline, Revlon, Barry M, Gosh, Revolution, Rimmel, and bigger branches also carry Winky Lux and B.Perfect makeup.
My favorite Superdrug stores are in the Strand (WC2N 5LH) and the one close to Marble Arch, in front of Primark.

Love Boots because of the Boots card and the very frequent offers they have going on, which are quite different from Superdrug\’s.
Boots offer a mixture of high-end and trendy brands such as Urban Decay, Estée Lauder, Clinique, Fenty Beauty, Morphe or Chanel, and on the other hand, smaller/indie brands such as Lime Crime, Wet\’n\’Wild, Makeup Obsession, Barry M, XX by Revolution, Milani or Rude Cosmetics.
Boots\’ own brand, No7, offers a large range of very reasonably priced products that I am yet to try. At the moment of writing, I can\’t come up with any valid reason why I haven\’t tried No7 yet after more than a year in London and lots of pounds spent on makeup.

I know there\’s a Kryolan store in Covent Garden because I used to go past its street all the time when I used to work at MAC Covent Garden, but I have never actually been inside.
I remember Kryolan as a rather expensive, but professional and very colorful brand from when I used to live in Paris.
I own three gel liners and two holographic pigment pots from Kryolan that I adore. It\’s just that I have so much makeup that I haven\’t used them that much. But yeah. There\’s Kryolan in London.

I don\’t see the point in stopping very long on the self-standing store category, except for all the brands that we don\’t have in France, where I come from.
MAC Cosmetics and Kiko Milano are staples in cosmetics in France, however, Inglot, Charlotte Tilbury, or Pixi have stores in London when they are only available online for French people.

Poundland has had their own makeup range, Makeup Gallery for a few years now. I have tried quite a number of products, lipsticks, lip liners, and eyebrow pencils and they\’re good, given the £1 price point.
They recently reformulated the lipsticks and given the whole range a good glow up. When you feel like treating yourself to some unplanned makeup, get one of their stunning lip pencils or creamy lipsticks. Thumbs up to their nail polish formula, too.
Poundland also sells branded makeup such as Rimmel, MUA, or Maybelline, but you never know what you\’re going to find as restocks vary greatly and the shelves get emptied fast.
My favorite Poundland to go to is the one on Portobello Road. 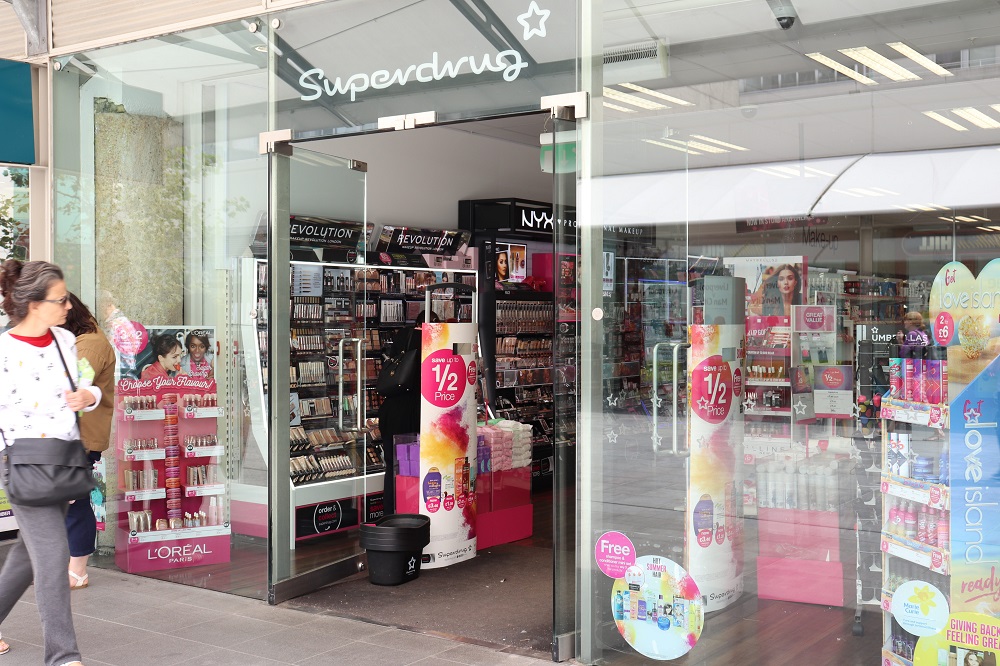 A bit like Poundland, but not quite, Savers sells many more branded products for less, without the £1 price tag. You can find one on Camden High Street or in the West 12 Shopping Center in Shepherd\’s Bush.
There, you can find Rimmel along with the Sunkissed brand – which I\’m yet to try! and lots of fake nails and eyelashes.

For some time now, many non-beauty shops have had their own range, such as H&M Beauty and Topshop, or Urban Outfitters that stocks interesting brands like BH Cosmetics or Lottie London.
Victoria\’s Secret stocks its own branded line that some people love and some hate – I honestly don\’t feel like spending £15 just to know if their liquid mattes are good when it\’s kind of the price of a MAC matte lipstick.
Primark needs no introduction; and while you\’re on Oxford St/Tottenham Court Road, you\’d do good to check them out. Their lip products are very honest, and they\’ve improved their eye products\’ formulas greatly over the years.

I don\’t really shop that much in department stores mostly because of the price point.
Selfridges stocks lots of trendy makeup brands such as Zoeva, Pat McGrath Labs, Lime Crime, Anastasia Beverly Hills, Morphe… as well as the very high-end spectrum of makeup brands, as do Debenhams, Harrods, Harvey Nichols, and Space NK.
In those department stores, you can find all the high-end brands that Sephora stocks in France like Givenchy, Lancôme, and Yves Saint Laurent.

Definitely one of my favorites, TK Maxx stocks stuff that you don\’t expect. The last time I checked in one of the Oxford Street stores, I found Estée Lauder lipsticks next to Jeffree Star liquid mattes and some Nip+Fab blushers.
You never know what you\’re going to get, which is why I\’d rather go to the Long Acre TK Maxx next to Covent Garden, which stocks a lot of makeup… and a lot of everything else, to be frank. TK Maxx has provided me with my Maybelline Colossal Waterproof mascara for less than £4, numerous Profusion Cosmetics and Technic palettes, and a Bellapierre palette for less than a tenner when it retails for £50.
TK Maxx is also where I get a lot of my candles. As a candle lover, if you don\’t get at least one when you travel to London, sorry, but you\’ve wasted your trip.

A little gem in the midst of Peckham Rye, Pak\’s Hair and Cosmetics is first and foremost a hair product supplier.
Alleys upon alleys, rows upon rows of conditioners and gels and wax. One shelf is dedicated to makeup, with brands such as Nicka K, RK by Kiss (Ruby Kisses), Sleek or L.A. Girl. That is where I bought the full range of Saffron metallic eyeliners which I love and don\’t believe I have published the review of yet. Anyway. Awesome gem of a shop.

Hope all of this helps for your next trip to London. The city is so big that as a tourist, you often end up buying the same things from Superdrug or Selfridges when so many other options and brands are available!
It might be more difficult to shop for makeup now because of the Covid-19 situation, but nothing prevents you from checking out those sources to plan your next makeup-based trip.