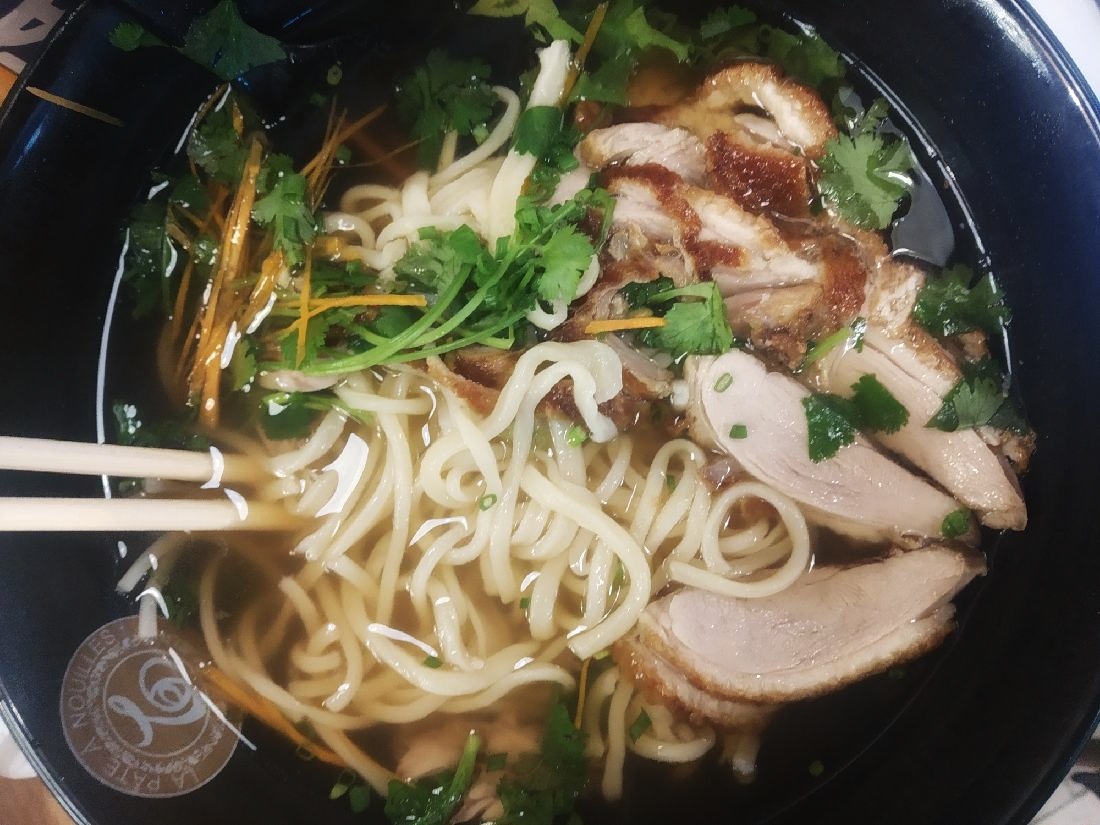 I work at the Champs-Elysées MAC Cosmetics store and we\’re lucky enough to have plenty restaurants around to eat at lunch. When I began working at MAC, I was obsessed with eating little and almost only carb-free food but lately, I\’ve been eating a little more of everything, firstly because I\’ve been single for a week and still feeling down a little bit but also because I\’ll be leaving France in two months and I want to bond more with my colleagues, some of whom are now friends of mine. And that goes through food too.

A few days ago I went to La Pâte À Nouilles, apparently a very famous restaurant in Paris that I\’d heard of over and over again since my colleagues eat there very often and tried their food for the first time. 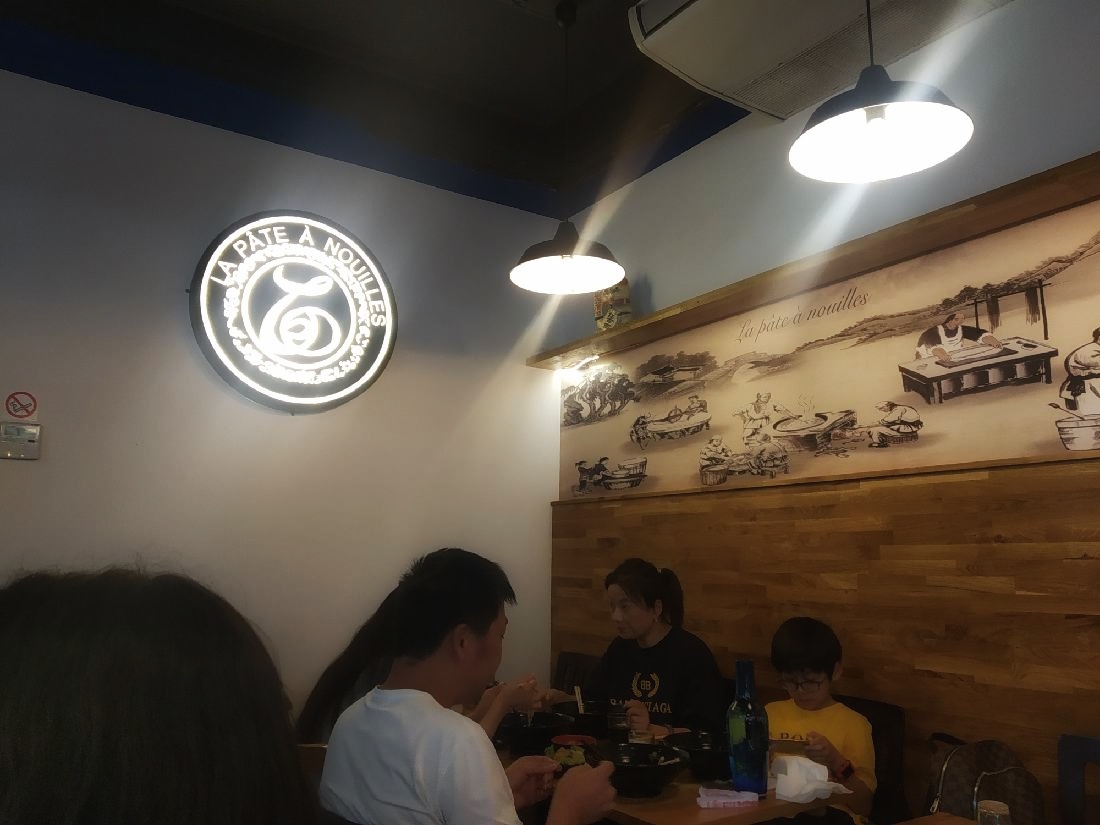 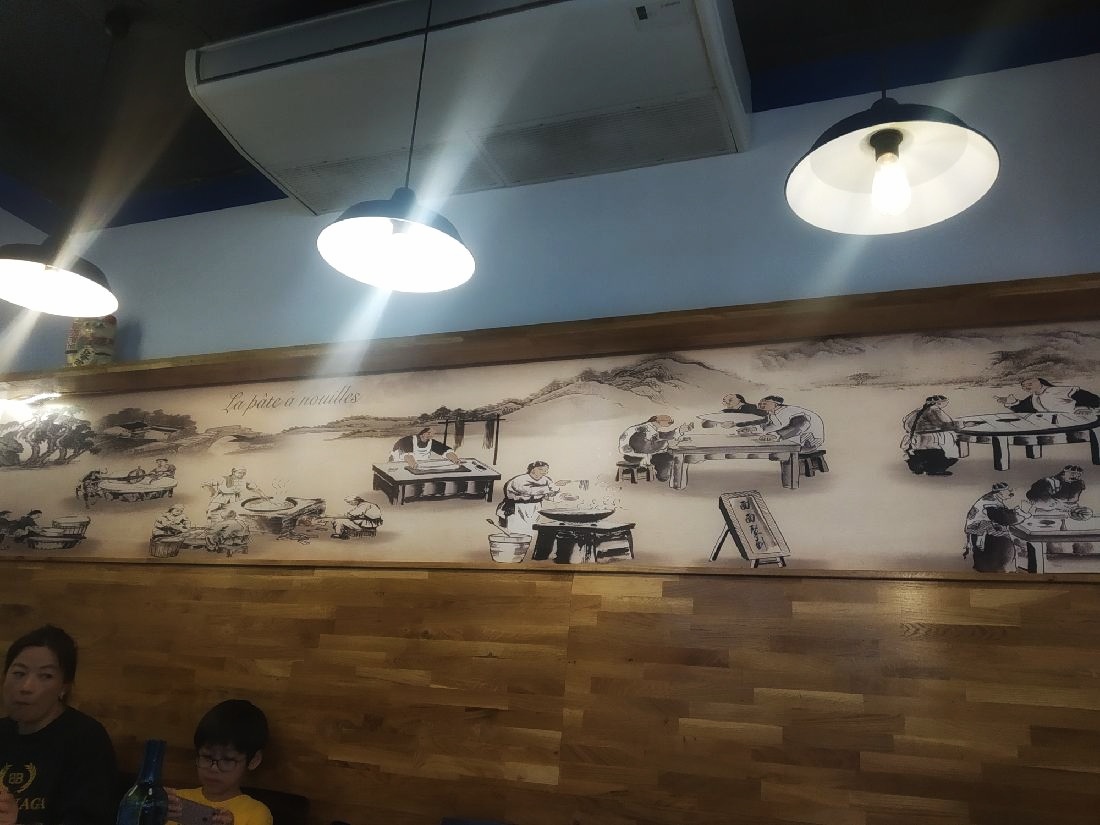 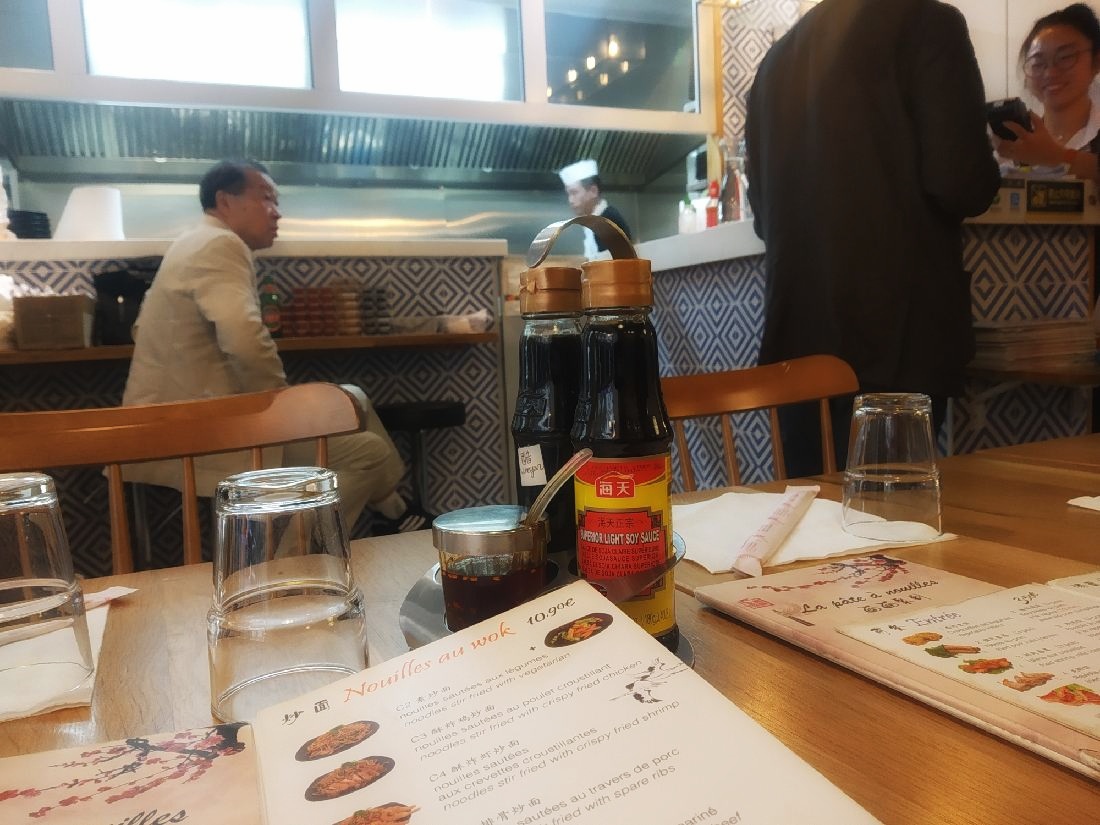 The place is medium-sized and I felt good when I entered it and chose what to eat as the waitress was super friendly and explained efficiently what was what on the menu. Sometimes it can be quite difficult to choose when you don\’t know what form the food is going to take but I still chose a menu with a drink, a starter and a noodle soup for €14.90. 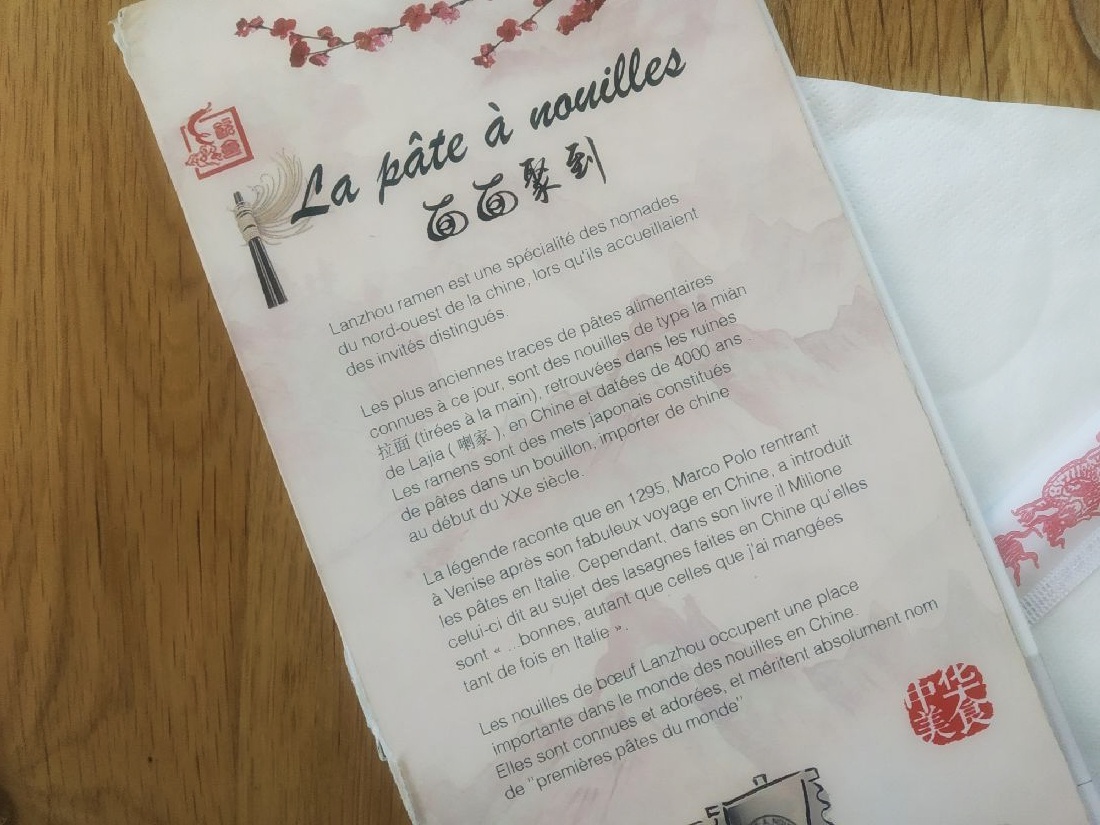 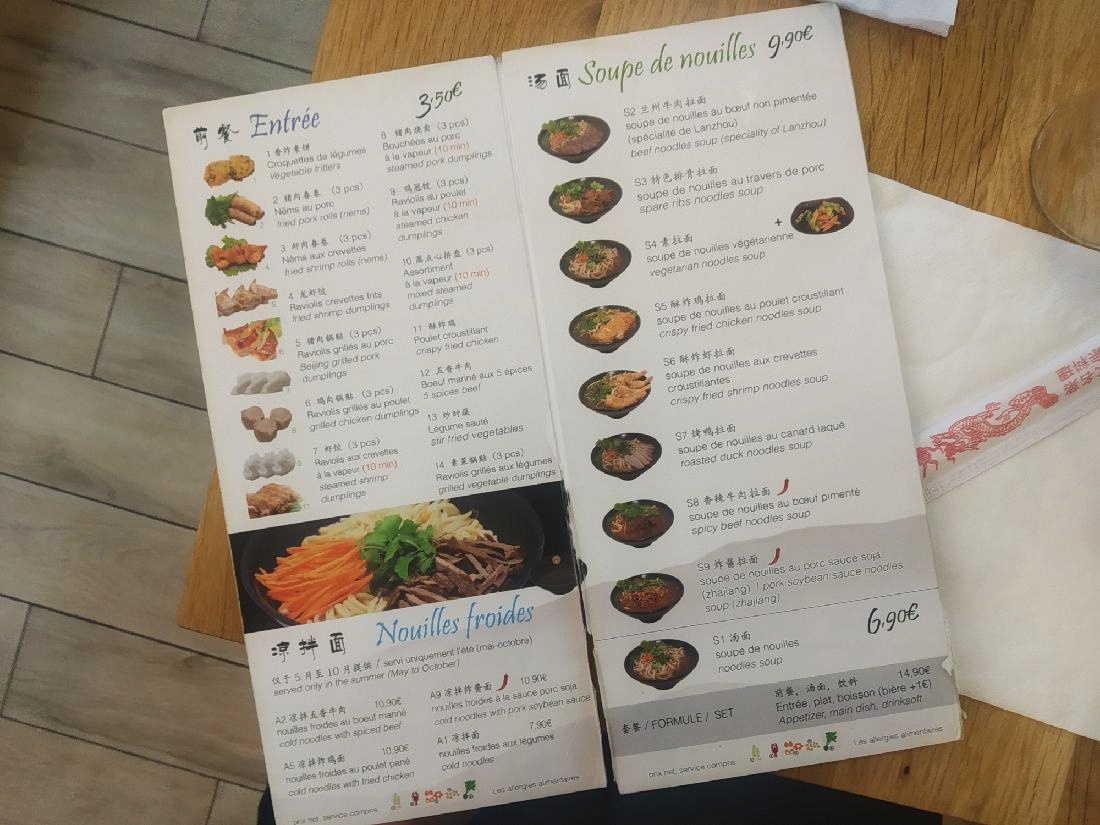 What made La Pâte à Nouilles famous is the fact that their noodles are handmade in the restaurant. And they\’re so good, you can totally understand why people rave about them. They\’re kind of like the udon noodles but less big and tastier in my opinion. 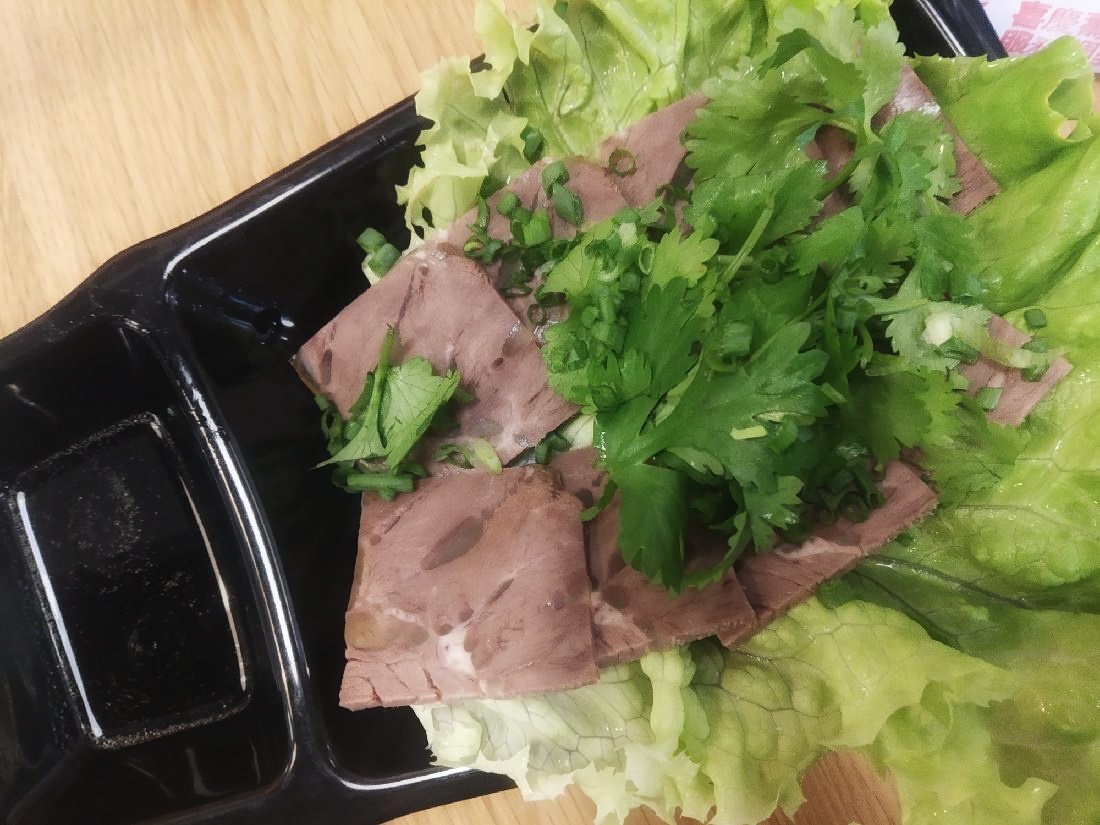 I did think the marinated beef that I got as a starter was a weird kind of thing as the slices were very thin and square, as if they were made of fake meat – I\’m the kind of person who hates fat bits in the meat but when I tried them with the black vinegar, I actually thought it was a nice discovery. I wouldn\’t go as far as saying I\’ll pick that again next time I go there but it was nice to try something new.
As for that noodle soup, boy, was it one of the best things I\’ve tried this year! I took a duck noodle soup as I\’m crazy about duck meat and I\’m usually disgusted by the skin served on the meat pieces but it was so well cooked that I had no trouble taking it off and enjoying the nice, tender meat in a mouth-watering broth… Best New discovery in Paris, people! x 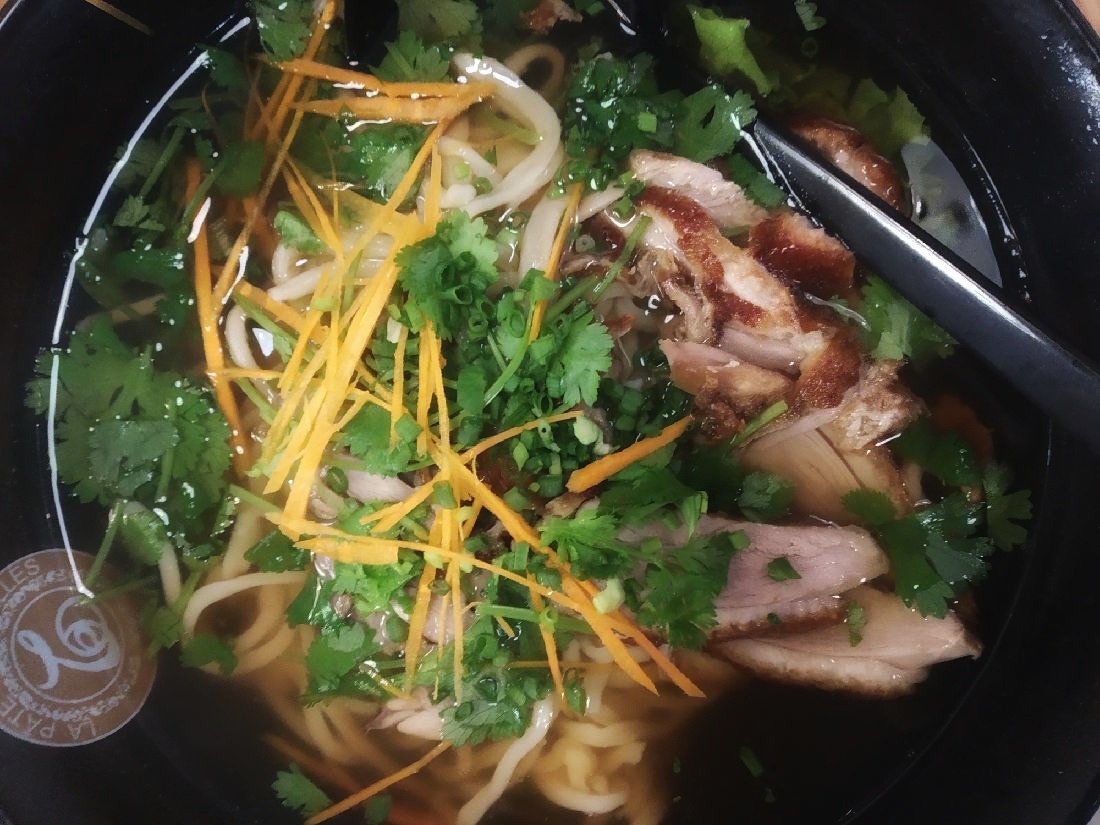 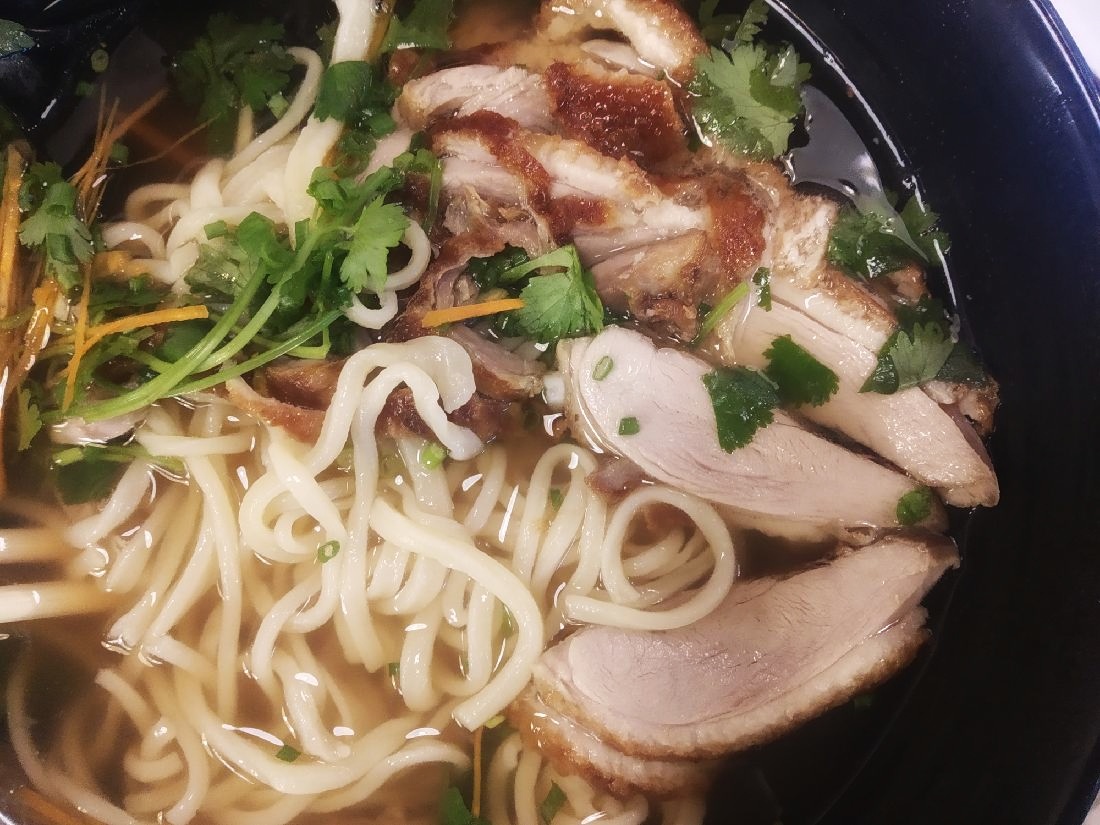