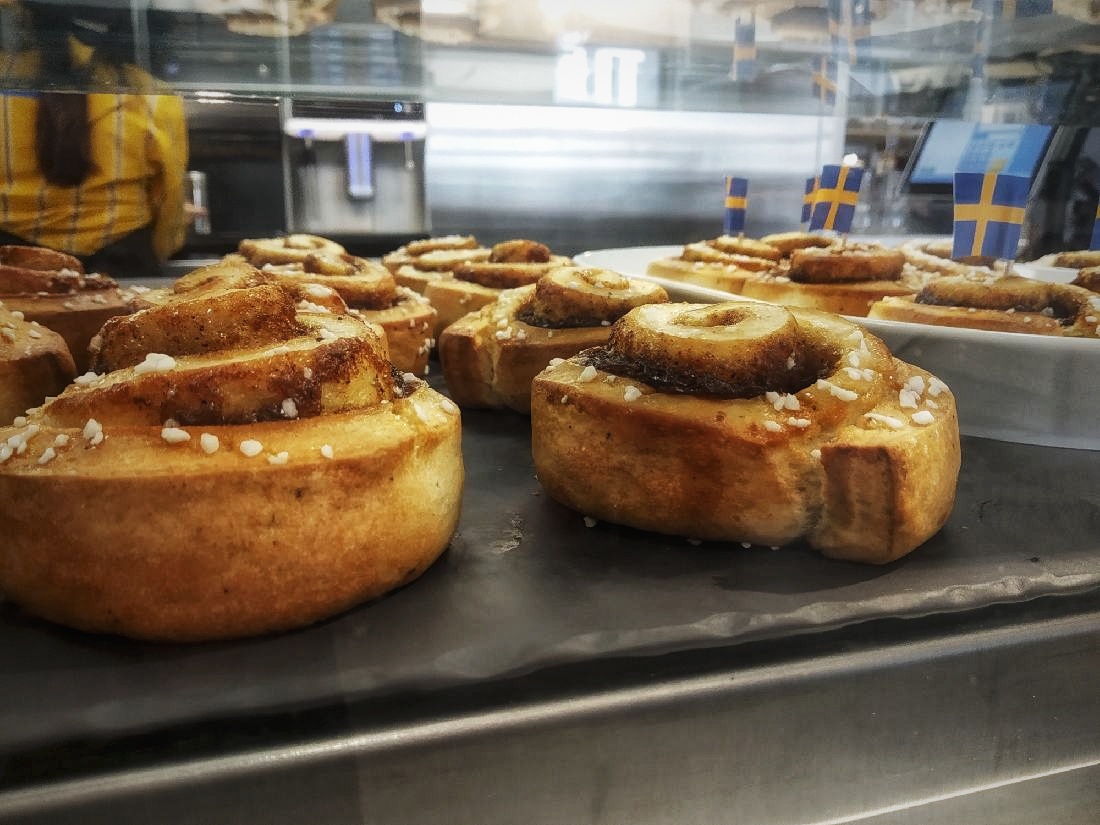 When you take risks, there\’s always the possibility that things will go wrong and you end up hurt. It may be looking for a new job, waiting on someone to make up their mind about a professional or personal relationship or changing your life around as I\’m about to do it in coming to live in the UK. Risks.

When it doesn\’t go as planned, you have to rebound, sometimes even without having the time to mourn. Which is what happened when I was just two or three years younger, as I came to live near Paris at the time and had to find work asap. I applied to many places and since I loved to go to Ikea (still do!), I applied there as well. And they took me for a permanent position in the Bistro, aka the food section of Ikea. In France, you are on trial for two months for an unqualified job to secure that permanent position and I have to say, I loved it and also, I didn\’t like it there.

That was the time I was really starting to wear makeup, at least some lipstick and Mascara before my shift – which is more than I sometimes wear while working as a Makeup Artist!
That was a period of time when I had to take about one hour each way to go to work when technically, including the fact that I had two trains to take, there were only 5 stations between my home and my work. Still, how many hours did I spend waiting on the platform wishing I\’d just run faster to catch the train while knowing it would have made no difference at all. How many hours did I spend in the cold to get to a job I didn\’t even like?

I didn\’t like it but I have to say, Ikea is one of the very best companies I\’ve ever worked for and I\’ve tried to lead my life only working for top, best known companies to see how they work from the inside.
But it was a field that I didn\’t see myself in, working in food, waitressing on people and working the till. Just not for me.
Still, it came as a huge brick on my head when they called me in after one month, saying that they weren\’t keeping me and that deep down, I knew I wasn\’t made for this job and it wasn\’t made for me.

I\’m a bit of a nostalgic girl sometimes and a long time after that, when I was struggling with other jobs (found jobs in makeup after that even when I still wasn\’t a makeup artist), I would go to Ikea to grab their famous Cinnamon Buns and feel awful. My colleagues were still working there and there was an ambiance that I couldn\’t stand. You can feel it when you\’re not made for something, you\’re pushing but it\’s not going to work. You feel it, everyone around you feels it and they start getting resentful because maybe, you\’re taking the place of someone who really deserves the job. And I\’m totally fine with that.
But I spent a long time without going to Ikea and when I went back, I\’d feel like they\’d abandoned me. Like I did deserve this place and they stole it from me.

When actually, taking a big step in the Makeup world where there are rules and no rules at the same time, whether it be professional or in the art itself, was the best decision I ever had.
I like my freedom and looking back, I didn\’t see myself bringing back dirty trays to the kitchens and warming up the sausages for the hot dogs for the rest of my life, even for a year, even for another month. When you hate your job is when you start having no work ethic, at least for me. You start calling in sick every other day, you\’re not as friendly at work as you can find me at MAC.

I thought they ruined me in \”firing\” me, which is not really firing since they just stopped the trial, but it felt like it. When actually, all they did is give me my freedom back. Sometimes it\’ll just take you years before you can understand why somebody did something and then, the resentment goes away, the nostalgia fades and it just becomes one of those things that made you who you are.

Maybe I was mad because they were throwing me into the wide unknown and I can\’t believe it\’s one of the very good things that has ever happened to me. Whether I\’m forced to do so by someone or whether I decide to do it on my own free will, I will try and continue to take that kind of risk. I\’m not a girl who likes merry-go-rounds, the kind of risks that I take are not physical, they\’re always really deep and meaningful for my life. And that\’s the best kind because it drives me forward. I\’ll try and continue to get out of my comfort zone, too, for as long as I can because I feel that\’s the only way worth living.