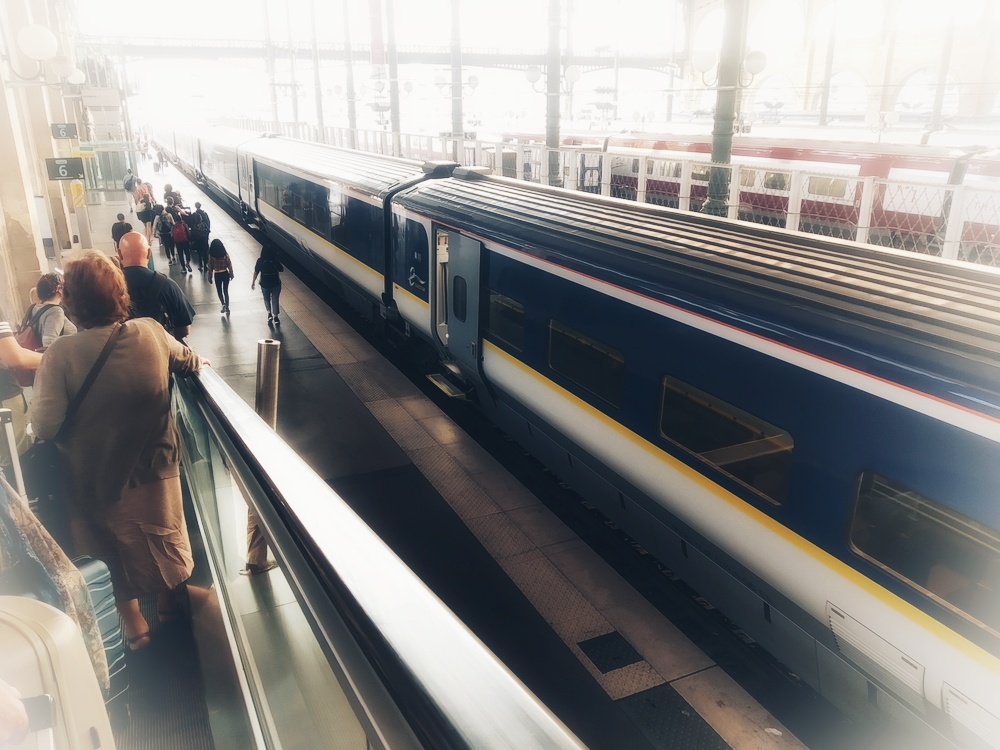 As I\’m writing this post, I\’m currently in the Eurostar to London, train number 9011 that departed at 8:13 a.m..
Can one spend their whole life being afraid?
I took this picture because I wanted to share my feelings some more even though I already did in the I\’m Afraid post I wrote a few days ago.
August 4, the beginning of one great vacation week away from the Hustle of Paris, away from the Hustle of my amazing yet ever-so-tiring job as a M.A.C. Makeup Artist at the famous Champs-Elysées.
This week will start with three photoshoots where I\’ll be doing the Makeup for editorials and then I\’ll just take some time to visit more of this city I love and that I\’ll be joining come October.
I\’ll be back in France on August 10.
As I saw the Eurostar while on the rolling stairs, one thought occurred to me : the Thrill and the Fright.
Maybe the words aren\’t as precise and on point as they could be. But thrill is what I\’m feeling right now as I detach myself from my own country to join another. Savings have already been transferred to my English bank account, my English SIM card is right now my French one in my phone. Everything is getting so concrete.
Almost every day at MAC I\’ll meet someone from the UK who\’ll give me advice on what to do in London, in England because I would love to travel the country, especially the countryside once I live there and I feel so grateful every time I make a new contact. You can be afraid of people but without them, you won\’t make anything. Of course you will. Of course you can be somebody even if there\’s no one around. But to make it exist, better to have witnesses, right?
I feel thrilled to spend this week in London, even though I know it\’s just a sample of my life. I\’m already thinking of that veg box or those magazines I\’ll be subscribing to, the stores I have to send CVs to ASAP as I\’ll be handing in my resignation letter on August 20.
But what about what happens after August 20?
New life, baby.
Next stop, New York City?