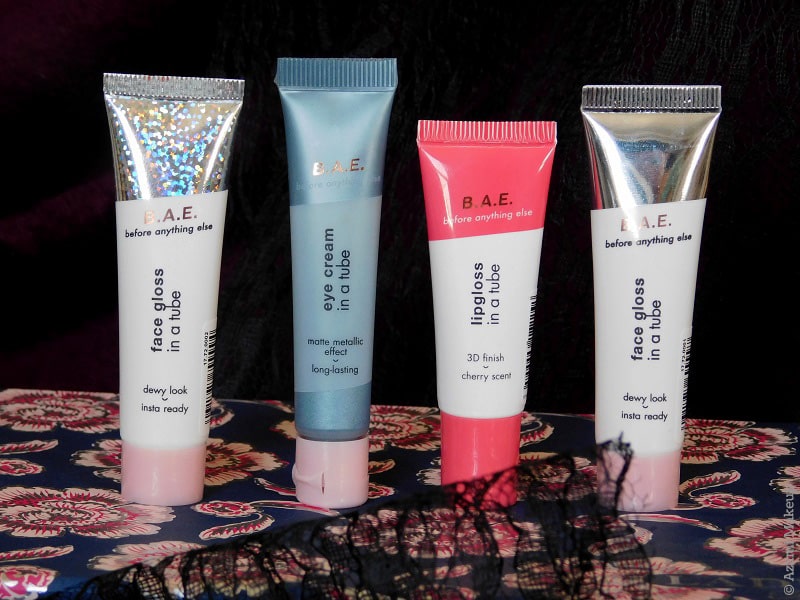 Uh-oh. New makeup alert. It was just a classic Monday off for me, I was looking for new makeup, new products, things I hadn\’t already seen. I\’d never bought Hema makeup before. It\’s not that it\’s expensive. It\’s just that it\’s affordable but not affordable enough that I can buy the whole range without feeling guilty (and poor) so I\’d never bought anything from them before. Yet, that day, I was feeling like spending money and getting new stuff and when I saw the new Before Anything Else (B.A.E.) range, I was hooked. 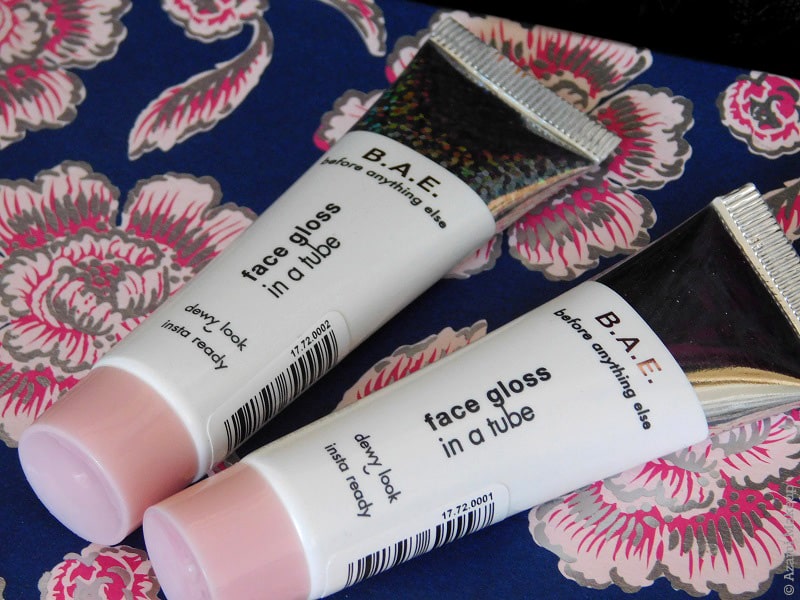 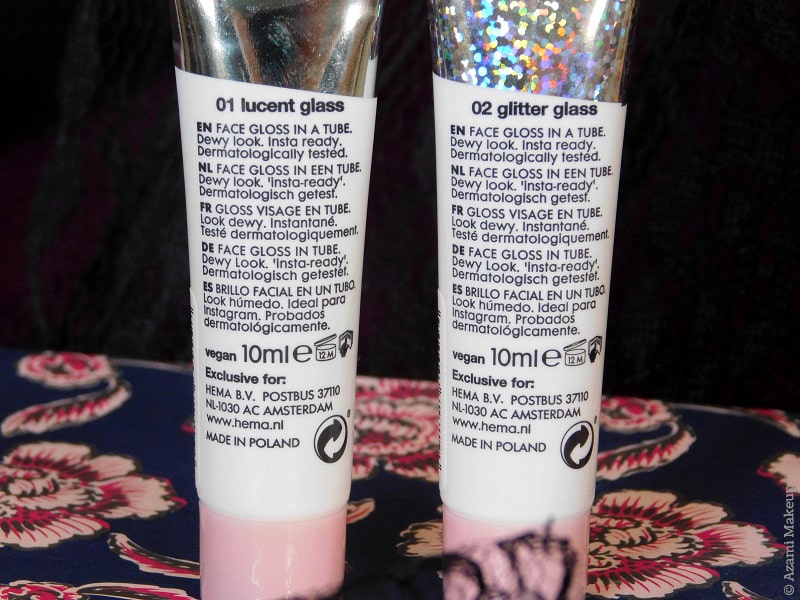 I\’ve gotten four products of the range but there are far many more – eyeshadow palettes, face palettes, holographic highlighters, lipsticks… A makeup artist friend of mine had recommended the Face Gloss in a Tube and I thought it was a great product to have. I usually use a Rimmel lipgloss for the lips, eyes and face but it\’s almost empty and I think it\’s been discontinued so I was really happy to find a replacement. Two replacements, actually. I\’ve gotten the classic transparent gloss (Shade 01 Lucent Glass) and the transparent gloss with tiny white-ish glitter (02 Glitter Glass). There\’s another one I didn\’t get where the tiny glitter was more bronze but I had a feeling it would look a bit weird on the face if I used it as a highlighter so I left it. 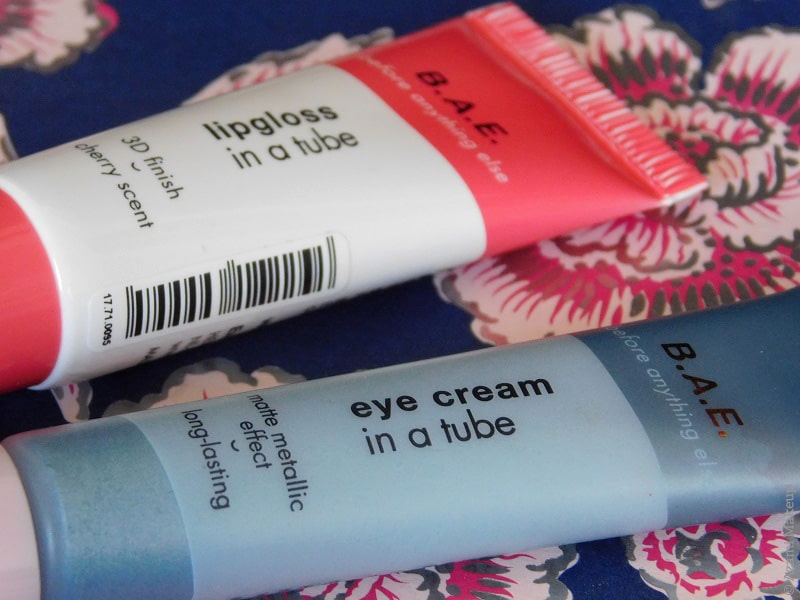 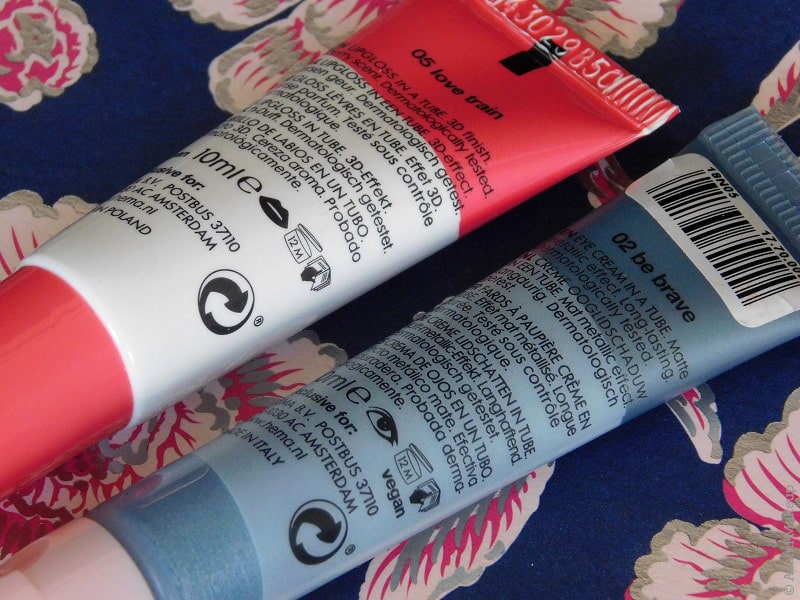 Hema has released several ranges of lipgloss, one being a Holographic Lipgloss range that\’s super interesting and reminds me of the Buxom holographic lipglosses that are kind of difficult to get hold of in France. But that\’s not the one I got. You\’ll quickly understand I\’m a fan of products in tubes because they\’re easier to use on models and more hygienic and force you to be precise since you almost always have to use a brush to apply them. There are six or seven shades in this range, I got 05 Love Train which is a mix between pink and coral, quite vivid and cherry-scented. I really like that all the shades have a different scent to them, bubblegum, toffee… It reminds me of the 2000\’s lipglosses and throws me way back. It\’s one of those non-sticky lipglosses that make me love the range so much and they retail for €5 so I might get another shade someday – tip ; the nude toffee-scented one is one of the coolest ! 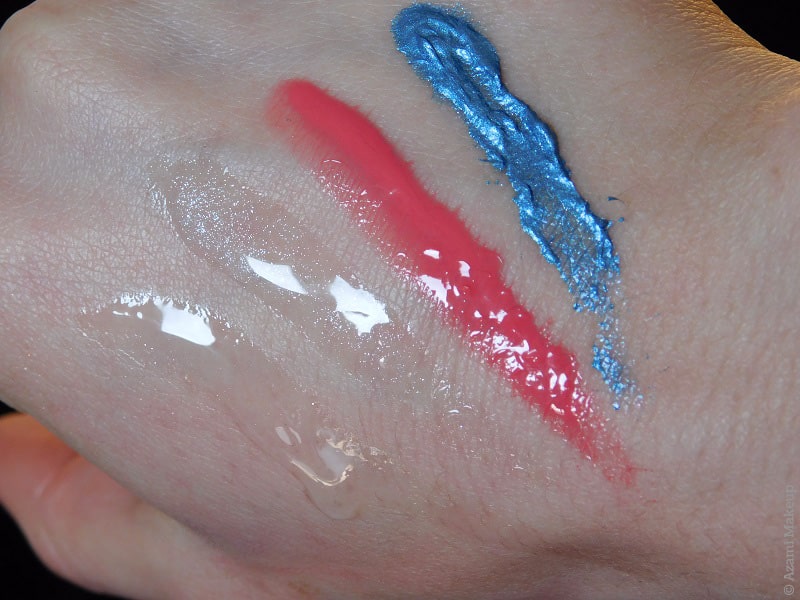 I have to admit this is the product that first caught my eye. There are four shades in the range which really is a shame as there should be many, many more – vivid ones especially. I got the shade 02 Be Brave, the most interesting one in my opinion, a baby blue I\’ve already used on a model, that looks so so nice. It\’s got this steely tone to it, it\’s metallic and once it\’s set, it won\’t budge. The other shades are a light gold, a cool-toned pink and a light copper and they would be cool as a primer so long as you don\’t apply too much before the powder eyeshadow. I especially love that packaging, it looks like those small paint tubes that I used to use in school. All those products are 10 mL each which is quite a good amount since they all retail for max €5.50 ! You should totally check this new range out if you\’re looking for some classic, good products on a budget !
Have you ever tried the Hema makeup ? What would you recommend ? x 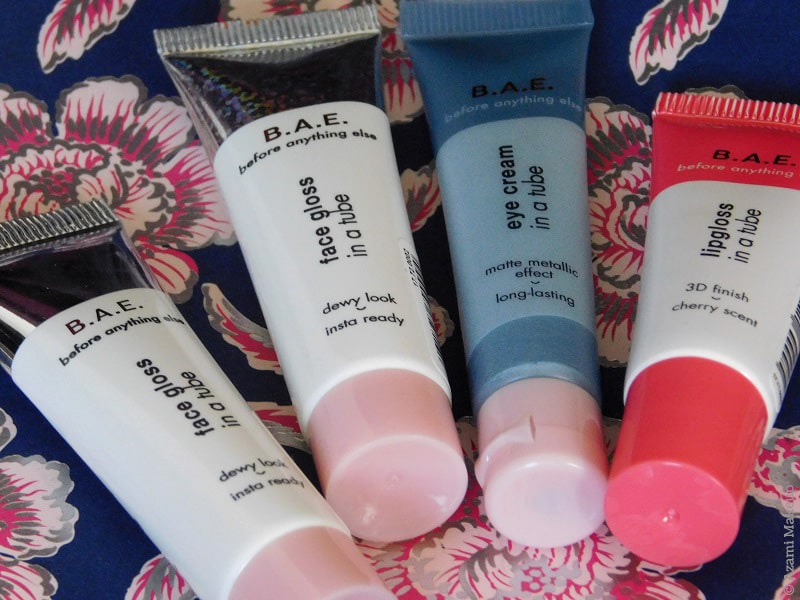