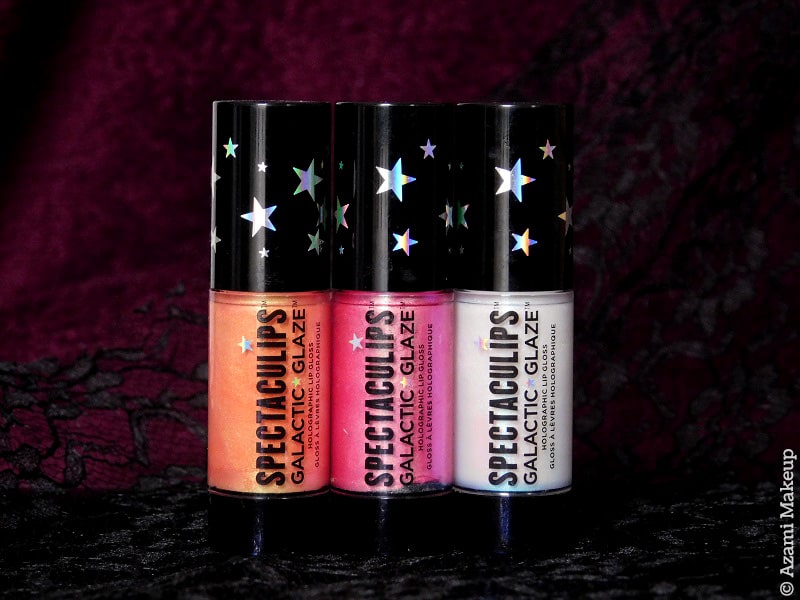 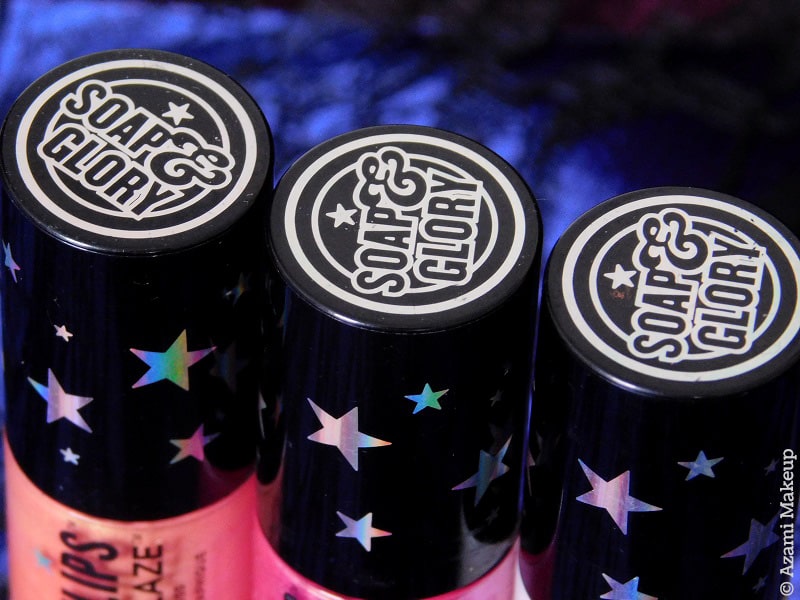 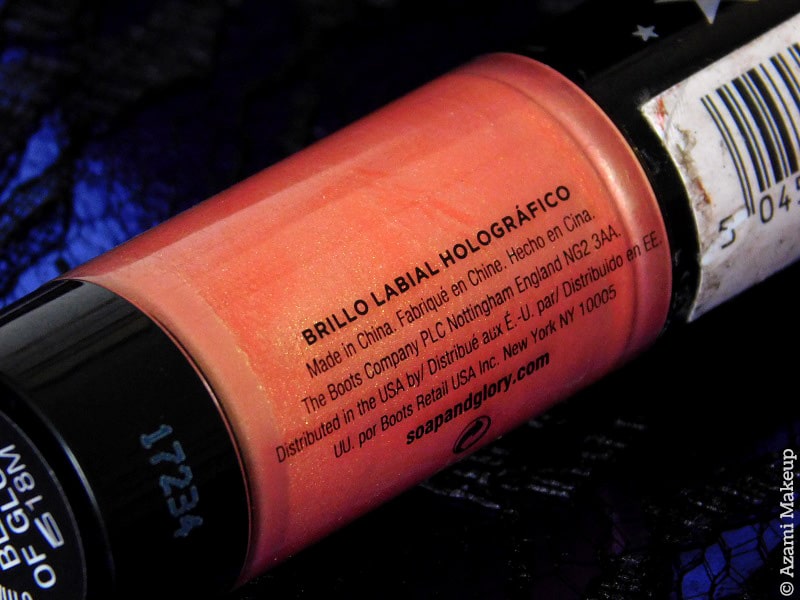 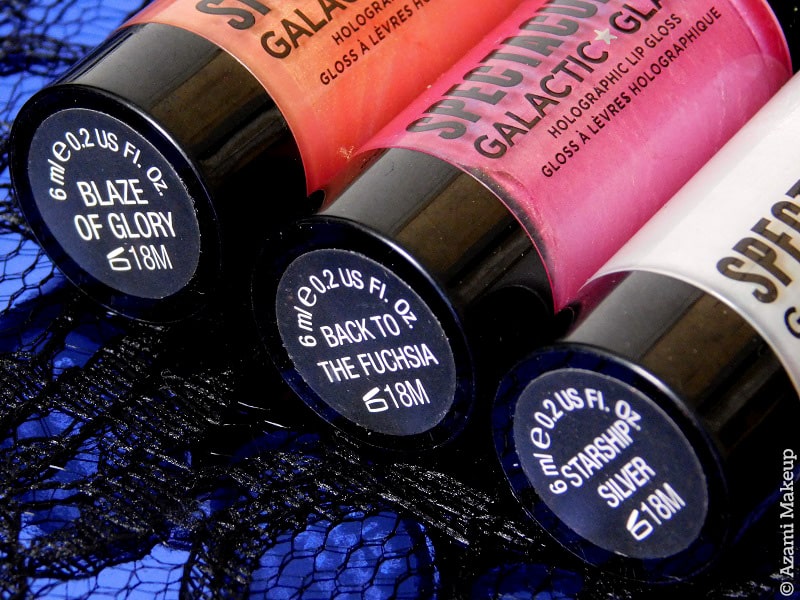 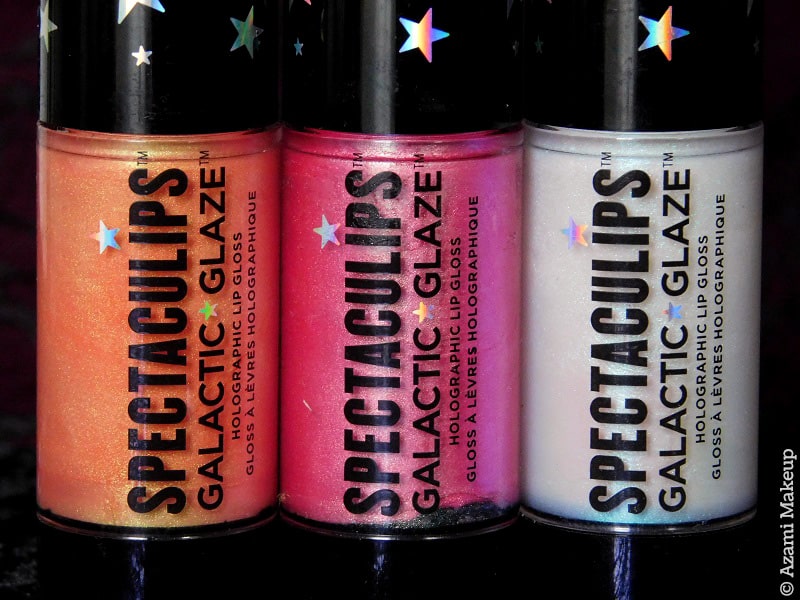 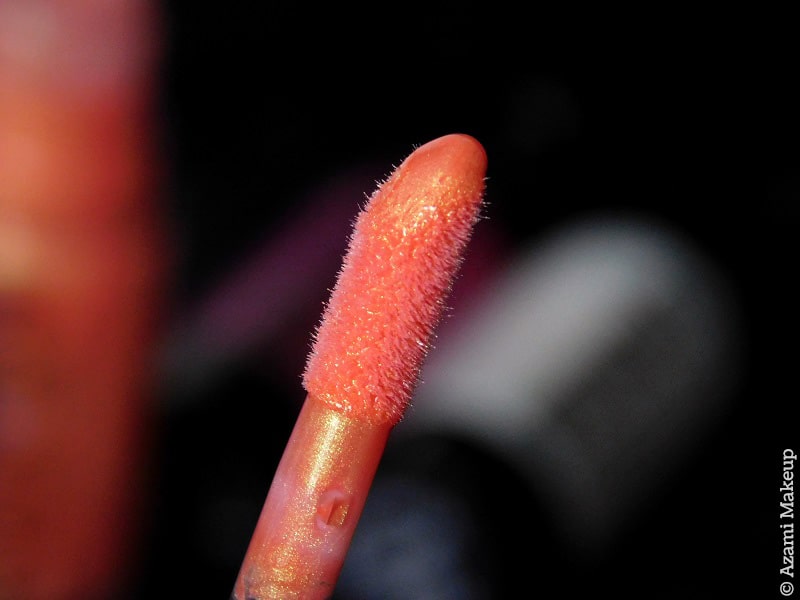 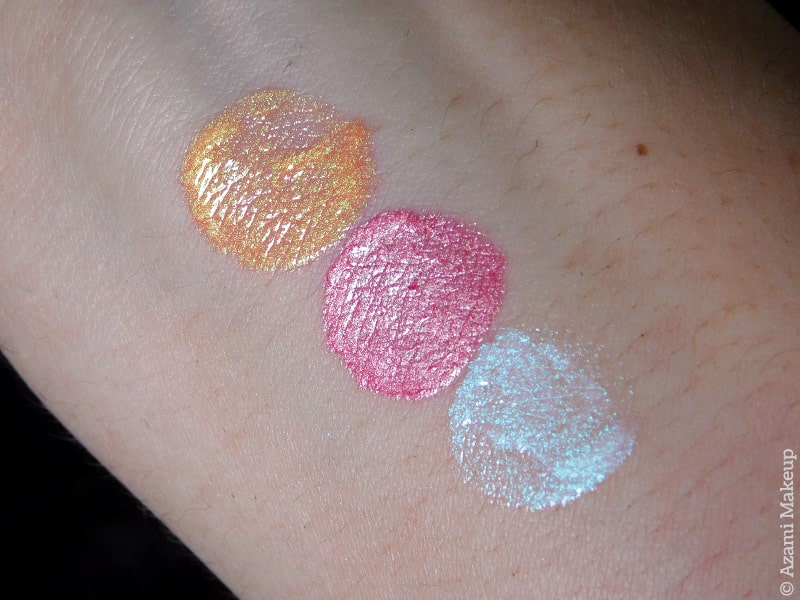 While I was writing this post, I listened to You\’re Somebody Else by Flora Cash. Try it !
Taking pictures and reviewing these lipglosses reminds me of amazing, creative times because I bought them during the week I spent in London with a hairstylist friend last June doing nothing but editorial photoshoots. I wanted to get myself some new lip products from Superdrug and Boots because they carry brands you can\’t find in France and I remember being so happy when I found these ! I used them a lot during the photoshoots we did there and still use them from time to time. Ladies, gentlemen, get ready to know the outstanding Spectaculips Holographic Lipglosses from Soap & Glory.

These lipglosses are said to be \”iridescent, luminous made to wear alone or over lipstick. The high-shine, light-reflecting formula lasts up to 6 sassy hours and is lightweight and easy to apply\”.
I like how they\’re small while still holding 6 mL of product which makes it easy to take them with me when I\’m filling my makeup suitcase for a photoshoot – even takes next to no space in a small handbag !
Up to now Soap & Glory, a brand I\’d never tried before has released only three shades in this Galactic Glaze range : Blaze of Glory which is orange with a gold to green sheen to it, Back to the Fuchsia, a pink with a pure white sheen to it and Starship Silver, white with a turquoise to green sheen to it. I\’ve bought them from Boots on a 3 x 2 offer but they usually cost £8 each which is about €10, a good price for such pretty products.
There\’s another range of Spectaculips lipsticks called Matte-alics in which there are also 3 shades – I\’ve not tried these yet but I might do it when I go to London in April since I\’m going there on the 14th for a photoshoot !
► MORE LIPGLOSSES : M.A.C. Cosmetics | Boom Boom Bloom Collection ◄

What I Think of the Spectaculips Galactic Glaze Holographic Lipglosses

I had initially bought these lipglosses because I wanted to use them on a futuristic photoshoot that never took place in the end. I\’ve applied them on models and worn them on myself as well but I\’ve never found that these were holographic – duochrome, sure, but there\’s nothing holographic about them to me. I don\’t mind, I\’ve got eyes and that I had figured as I was swatching them in Boots and what I love about these is actually that duochrome sheen they\’ve got.
My favorite shades are Blaze of Glory and Starship Silver – I had never seen such colors anywhere before ! Back to the Fuchsia is maybe too cool-toned for me, there\’s something about it I don\’t really like and it might actually be the fact that the color is fuller and there\’s a more metallic finish than duochrome to it compared to the other two. The swatches I\’ve done are the exact colors so you can compare the texture and colors. All three smell amazing, something like chocolate-y vanilla that makes me crave chocolate every time I wear them ! They are indeed longlasting, as advised and they really make me want to try out more products from Soap & Glory !
Have you ever tried these Holographic Lipglosses or any other products from Soap & Glory ? What are your secret gems from them ? x