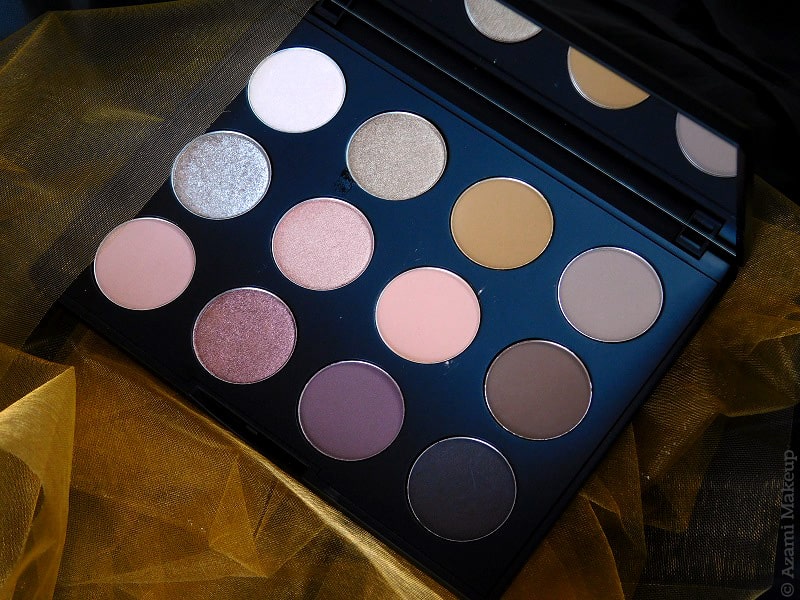 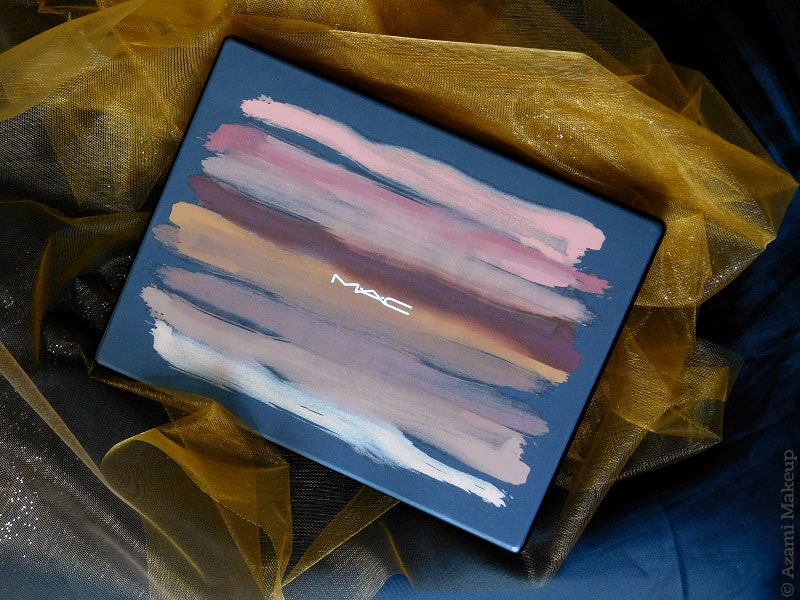 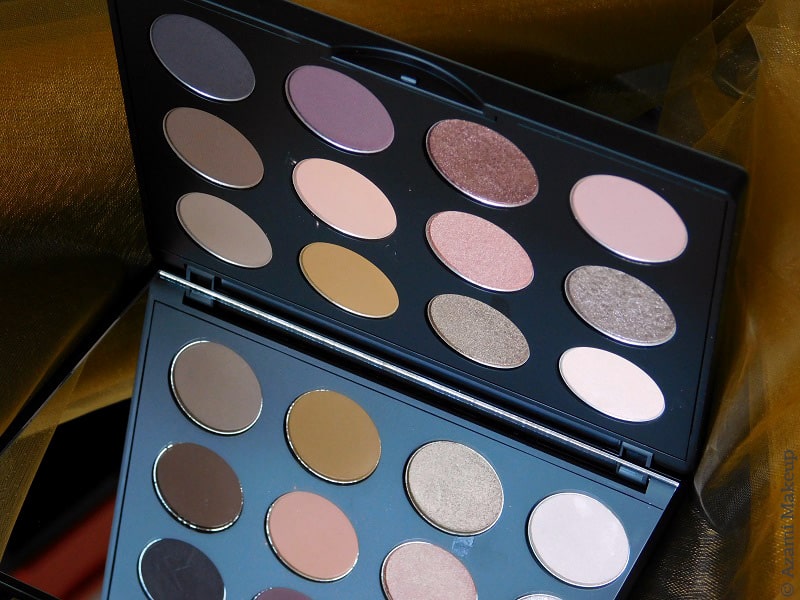 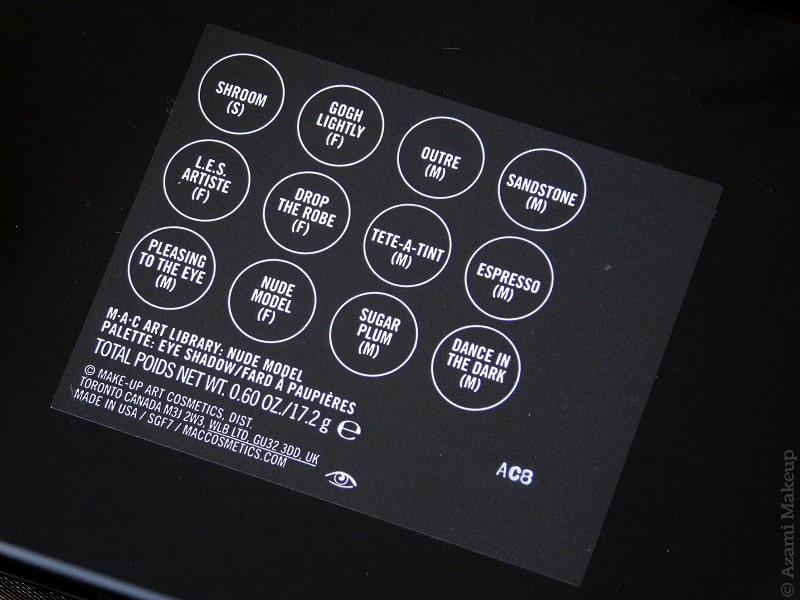 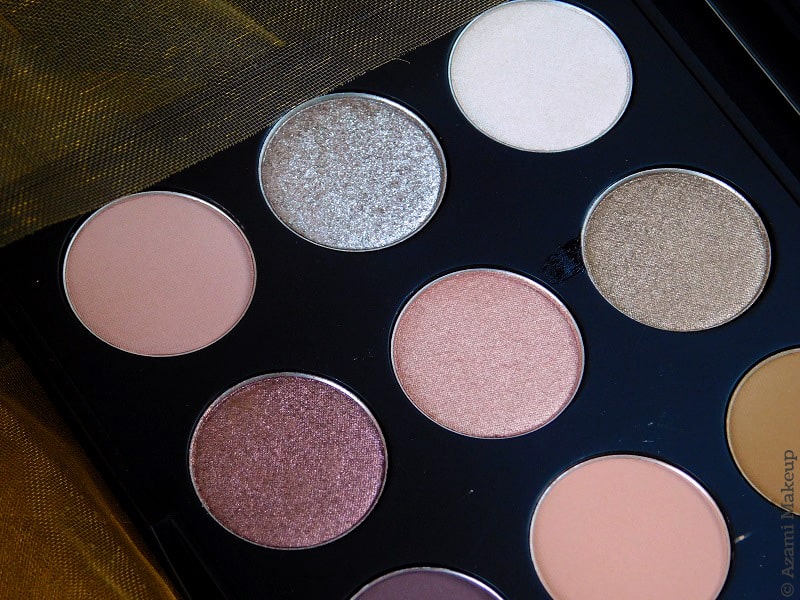 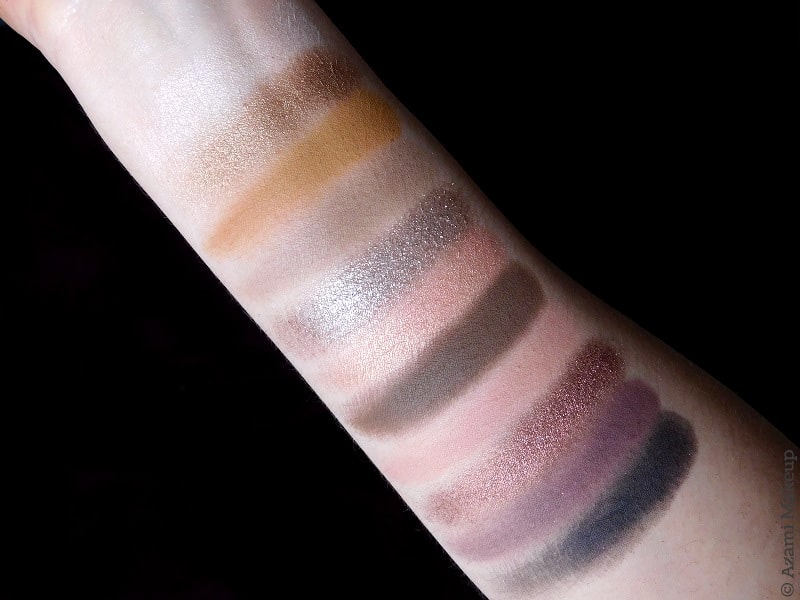 While I was writing this post, I listened to Like I\’m Gonna Lose You by Meghan Trainor and John Legend. Try it !
Recently M.A.C. Cosmetics released a collection called Art Library in which you can find three pairs of fake eyelashes, three matte lipsticks and three eyeshadow palettes. I have told you about the You Wouldn\’t Get It matte lipstick I really love in a previous post, now\’s the time for me to write about the Nude Model palette I have gotten.

At first I wasn\’t that excited when I saw the colors in this palette – one more nude palette, meh. Especially when the other two are a fiery palette called Flame-Boyant and a palette full of WTF colors called It\’s Designer. You know me, I need colors, I need vivid and pigmented to be happy. And then I got to using this palette a few times.
The M.A.C. Nude Model palette is made up of twelve nude eyeshadows from the lightest pinks to dark browns – the whole color scheme revolves around pink/purplish nudes and some eyeshadows are a bit warmer like the yellowish brown called Outre which, by the way, is a lighter dupe for M.A.C.\’s already existing Uninterrupted eyeshadow. In here, you can find seven matte shades, one satin and four Frost eyeshadows for a total of 17.2g of eyeshadow. The front of the palette is super nice, with the shades already painted on the lid and of course being different according to which palette you\’re using. Once I went past the color scheme which I think is a bit basic, at least to me since I own a few dozens of eyeshadow palettes, I thought it was pretty interesting.

M.A.C. Cosmetics | My Opinion About the Nude Model Palette

You would think that people know more and more about makeup in 2019 but that\’s actually a side-effect of living half my life on photoshoots, on blogs and on Instagram. The truth is, many people still don\’t know how to do their own makeup and many are even afraid of the colors in this palette, not knowing how to use one eyeshadow on its own, never mind two or three in a combo to create a more complicated look. And that is why, at the time I\’m writing, this palette is the only one sold out on the website.
► MORE FOR M.A.C. ADDICTS : 4 Awesome Matte Statement Lipsticks from M.A.C. ◄
I have used this palette a few times now, in my Nude Model makeup look for instance, using the Nude Model eyeshadow which is my favorite in the whole palette since it\’s super pigmented, has this nice pink/purple color and is super metallic. If you can\’t give me bright, at least give me metallic, right ? And you know what ? Aside from the fact that I\’m not the biggest fan of nudes, this now permanent palette is good, really good. Actually, the eyeshadows are more pigmented in these three new palettes than in the single pans and I think they\’re much creamier and, all in all, much better than the classic eyeshadows. The Frost eyeshadows might need to be wet and/or used with a finger to make them as intense as I like them to be, but the mattes are really great and blend very well – when I need a nude palette on a photoshoot, that baby is the one I\’m taking with me and I\’m always asked what it is and how much it costs.
Have you ever tried M.A.C. eyeshadows before ? Would you like to try out this palette ? x