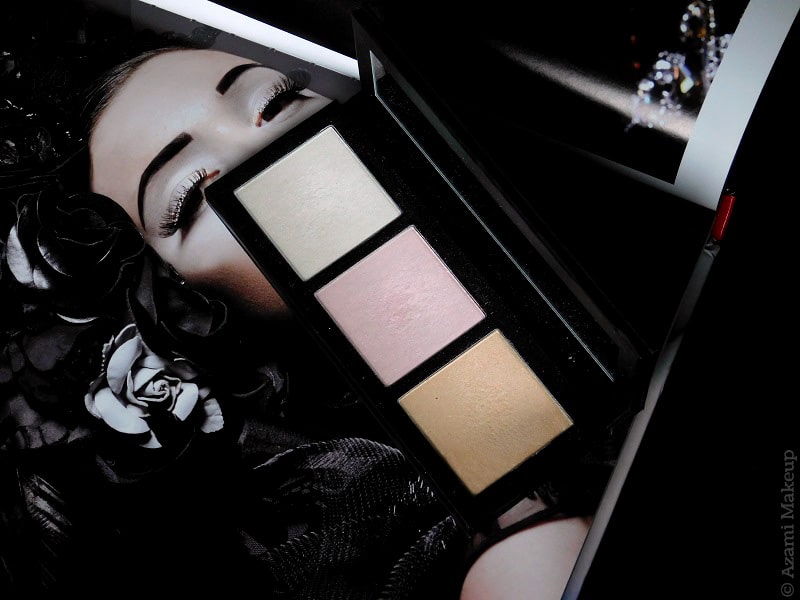 Aside from the awesome Extra Dimension highlighters that I own in Beaming Blush, Oh Darling and Double Gleam, I\’d never tried the highlighters from M.A.C. and boy, do we have a fair few like the Mineralize SkinFinish one in Soft & Gentle (my next purchase for sure !), the creamy ones like the Hyper Real Foundation in Gold Fx, the loose powder ones like Silver Dusk and the Hyper Real Glow highlighting palettes that up until a few weeks ago we had only two kinds of, a pink one and a gold one. 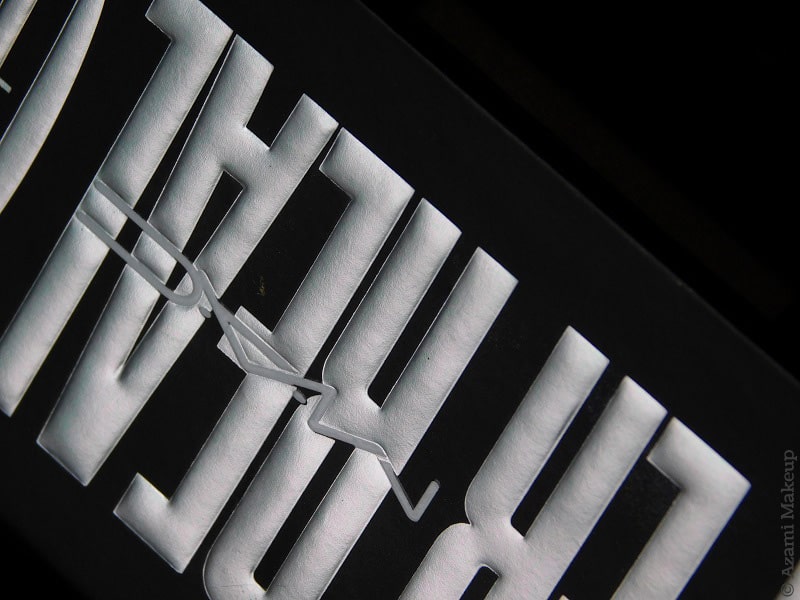 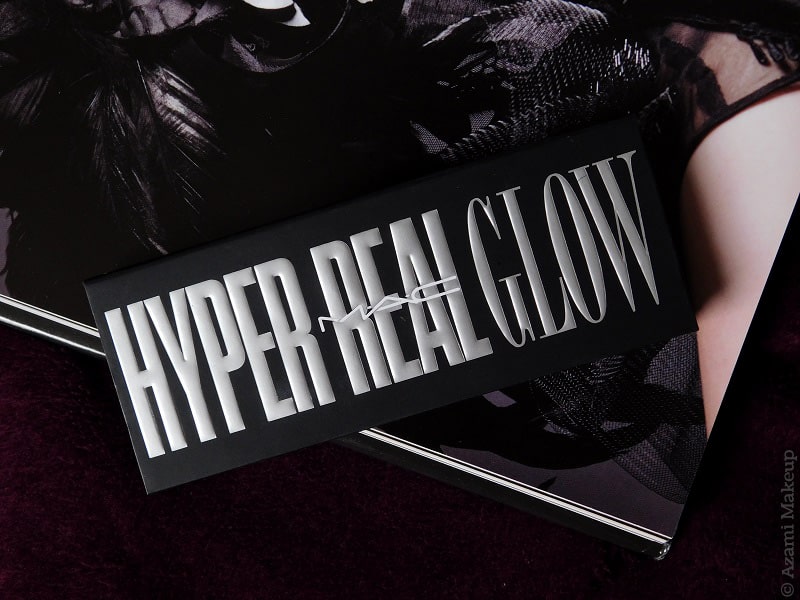 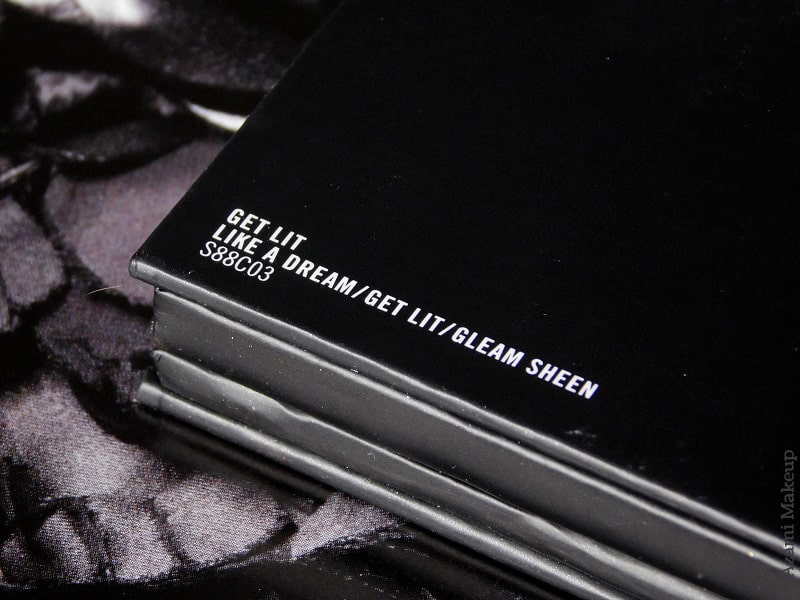 M.A.C. recently released two more of these Hyper Real Glow palettes, one called Shimmy Peach including only peachy golds for medium to dark skintones and one called Get Lit, including three WTF shades made for light skintones – I had the choice between the two and after much hesitation (should I get one for myself or one for my kit ?), I got myself the Get Lit Palette.

I\’m really happy M.A.C. released new shades in this palette range – the palettes are compact, beautifully crafted and the name \”Hyper Real Glow\” on the front of the palette is a different shade for every palette of the collection which I think is a nice touch. One palette costs €39 in France while a single Extra Dimension highlighter is €34 so the price point is pretty good and for someone starting out in makeup, I\’ll always advise those palettes because they\’re much easier to use than a bam, in your face highlighter.
The thing with these palettes is that the formula is much different from the Extra Dimension highlighters and from quite any other highlighter I already own since it\’s described as creamy powder. And creamy it is, the powder seems really thick when I swatch it on my finger but once applied, it blends effortlessly and naturally on your face as advertised.
The three shades in this palette are called Like A Dream which is a whiteish shade of blue, Get Lit which is the kind of pink highlight you can see anywhere and Gleam Sheen, the most natural shade of the three, a pastel peach tone. 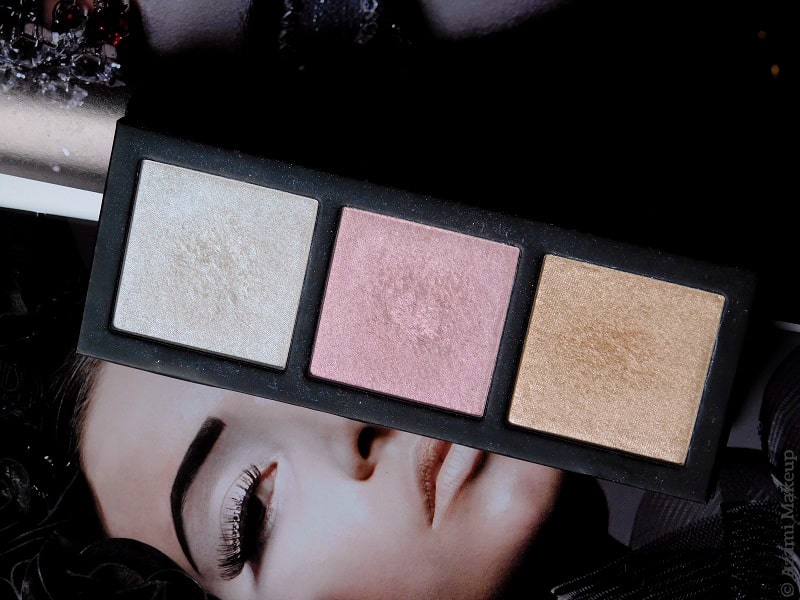 M.A.C. Cosmetics | My Opinion about the Hyper Real Glow Palette in Get Lit

I\’m quite sure I\’d not have gotten this palette if I\’d not been given the choice in the first place. You know me, I love in your face makeup products, I love me some good old pigment and I love me some popping blues and greens on my face as highlighters. BUT now that I\’ve been given the chance to try out this palette, I\’m madly in love. The texture is so different from anything I\’ve ever tried and even though I\’ve got dehydrated skin and my foundation still sometimes makes the dry skin on my cheeks pop, these powders don\’t emphasize that problem of mine. When M.A.C. said smooth, they said smooth. I\’ve been trying out these highlighters for a few weeks now and I love how they last a whole day of work – I sometimes like to touch it up because I want my bam glow but even if I didn\’t I\’d still have color glowing on my skin when I leave work. 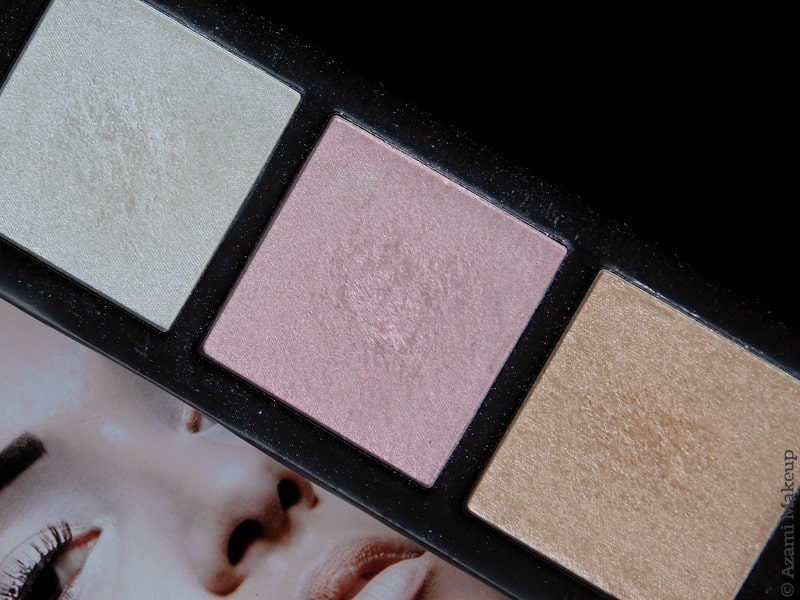 It\’s not that in your face glow although you could totally wet these highlighters with Fix+ to make them even more intense. I think that\’s cool that aside from the Extra Dimension highlighters made for people used to dat glow tho and makeup artists, we\’ve also got something for people starting out in makeup and photoshoots where we need something very natural that basically looks like you\’re glowing from within.
Have you ever tried the Hyper Real Glow Palettes from M.A.C. Cosmetics ? What are your favorite highlighters ? Please do share ! x
SHOP THIS BABE ! 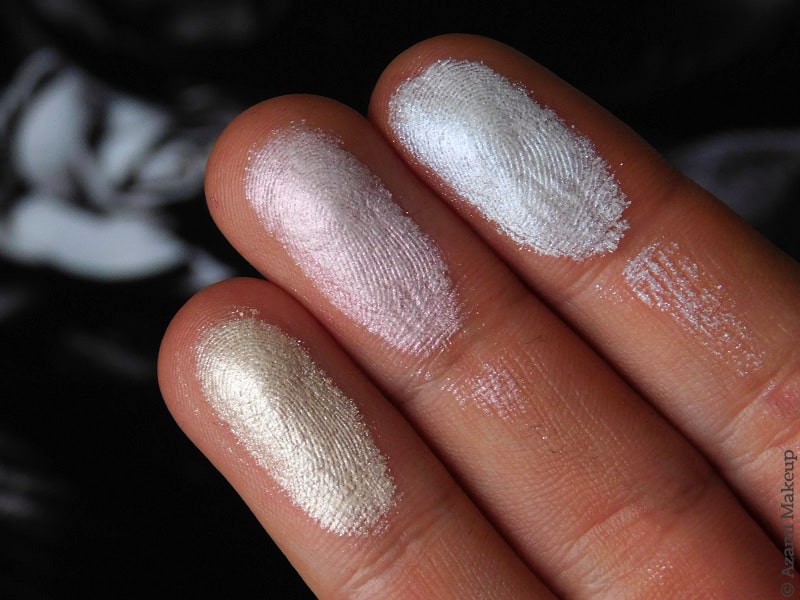