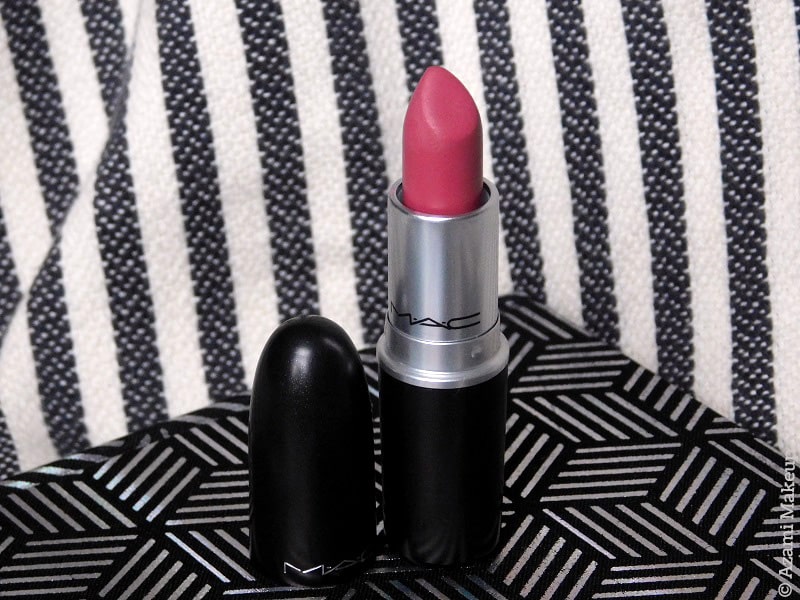 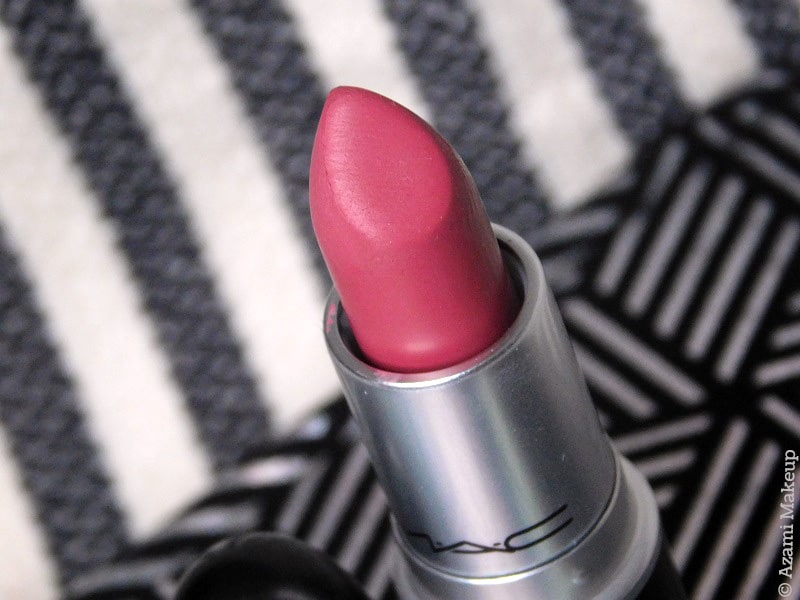 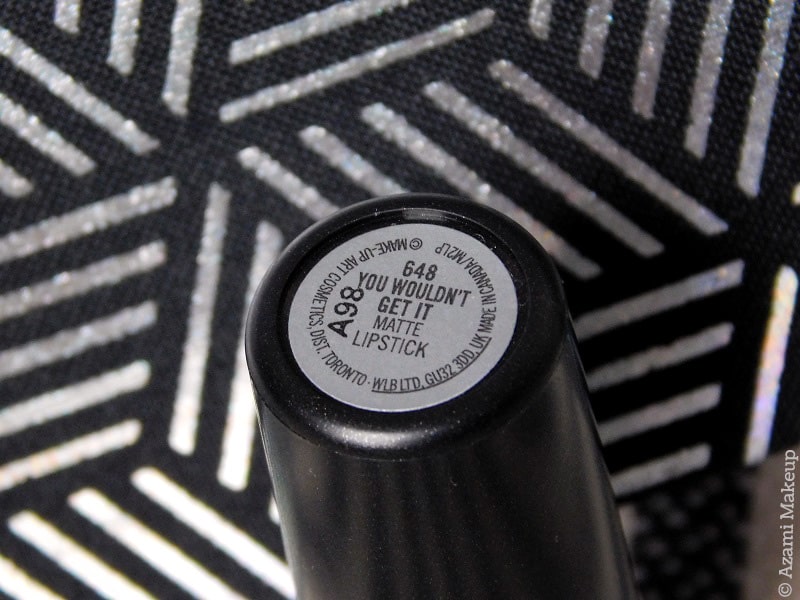 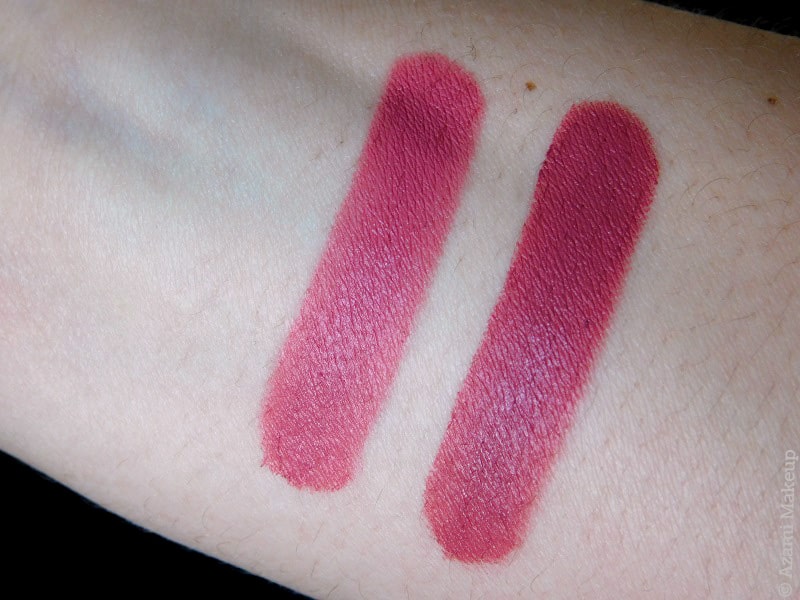 While I was writing this post, I listened to Honey by Safari Gold. Try it !
Not too long ago M.A.C. released a collection called Art Library made up of nothing but products entering the permanent line – now that is something exciting ! Sometimes I get tired of limited editions popping up in each and every brand, do they expect us to be rich or something ?
Now that Art Library collection is made of three eyeshadow palettes (I have one of them I\’ll review in a few weeks), three new fake eyelashes and three new matte lipsticks. What I\’m reviewing today is one of the new lipsticks called You Wouldn\’t Get It.

With a name like that, so different from the one-word or two-word names like Persistence or Whirl, I would have expected You Wouldn\’t Get It to be limited-edition. Along that muted pink that you can see in my Nude Model look, M.A.C. has released a beautiful peachy brown nude called Down to an Art and the long-awaited Soar lipstick which is the same color as the Soar lipliner except you have to go over the swatch with the lipliner several times to get the same color as the lipstick. I love both of the other shades and I will get them in time as well, especially when my Spice Lipglass matches Down to an Art perfectly and my Heartmelter Lipglass from the Boom Boom Bloom collection matches Soar perfectly ! Need !
► MORE TO READ ON AZAMI MAKEUP : Kiko | Smart Fusion Lip Pencils ◄

M.A.C. Cosmetics | You Wouldn\’t Get It Matte Lipstick

When I first swatched You Wouldn\’t Get It, I thought it looked like Mehr and I was like, \”Why ?\”. But then I swatched Mehr next to it and there\’s definitely a difference. By the way, on my swatch, You Wouldn\’t Get It is on the left and Mehr is on the right : you can totally see that Mehr is more mauve when You Wouldn\’t Get It is a perfect muted, natural pink but still bright enough that I chose it over Soar. It\’s a perfect shade for spring and a perfect nude for many fair-skinned women out there !
I am under the impression that YWGI is easier to apply than some other M.A.C. matte lipsticks and that\’s an impression I\’ve already had with the Framboise Moi lipstick – are M.A.C. making their mattes softer ? I\’m not bothered, that\’s actually much cooler ! This baby lasts a long time, is super pigmented, same quality as all the other M.A.C. mattes I have – it\’s just a super nice lipstick to have in one\’s collection and it\’s like You Wouldn\’t Get It, Mehr and Soar now make a family, like a Pokemon evolution – how cool is that ?
What do you think of the You Wouldn\’t Get It lipstick ? Is it one of those go-to shades for you ? x