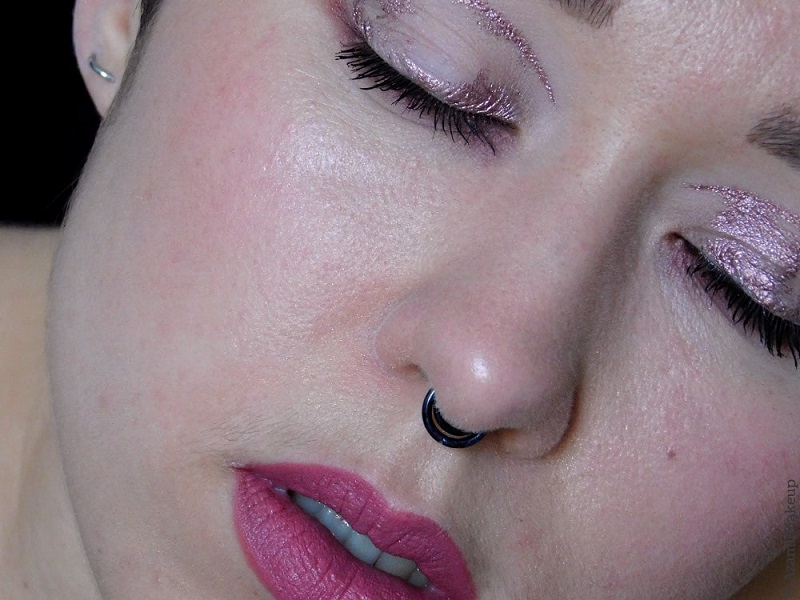 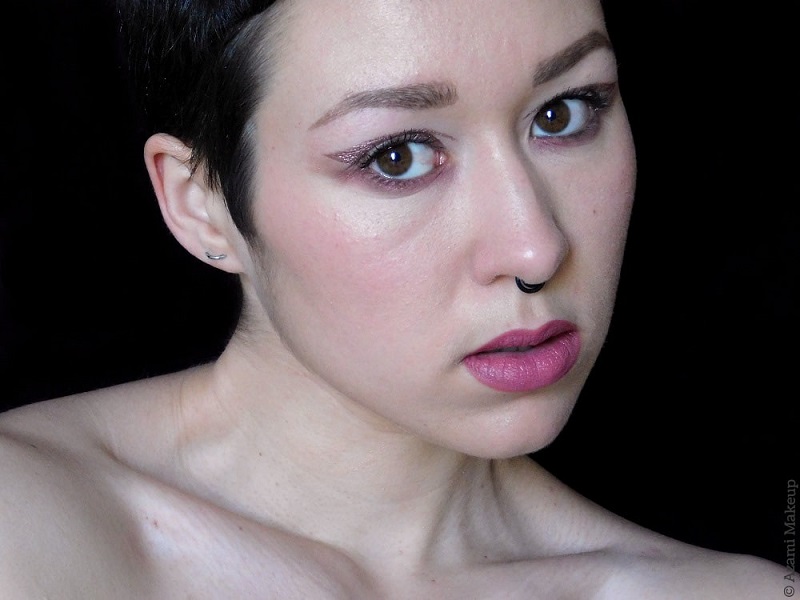 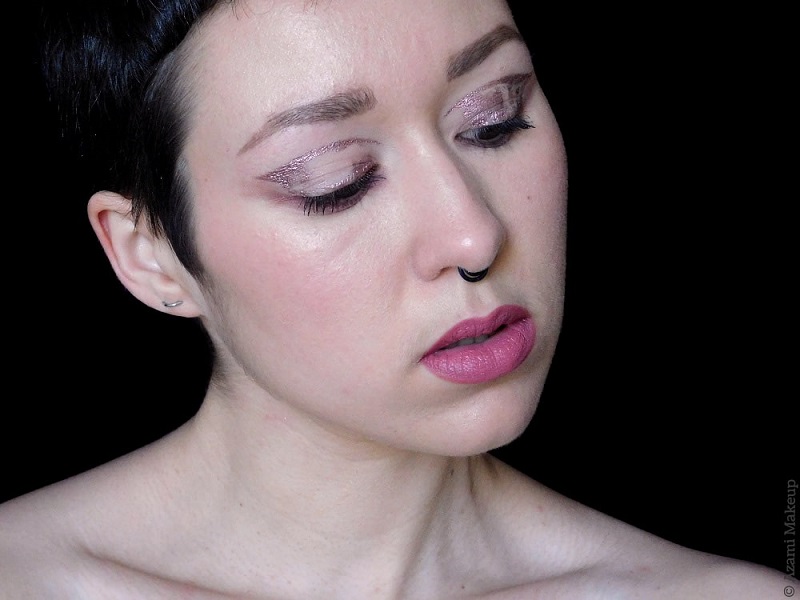 While I was writing this post, I listened to Blurred Lines by Robin Thicke, T.I. and Pharrell. Try it !

What I\’m trying to do these days is combine my time at the gym in the morning with cooking my lunch and dinner before I go to work and try to do a nice makeup look for work that I can also publish here. Not easy, but I\’m going to try and organize my meals better because that\’s what takes me a long time in the morning so I can take more time to create nice looks to inspire you guys !

Not long ago, M.A.C. released some new products from a range called Art Library with three new 12-eyeshadow palettes, three new fake eyelashes and three new lipsticks – all of which are permanent. I\’ve gotten the nude palette called Nude Model and the lipstick called You Wouldn\’t Get It which looks a bit like Mehr but not exactly – anyway, the pictures for this one are already being retouched so I\’ll write about it this week or next, especially because I\’m in love with it. That\’s a super nice lipstick and I like the mauvey touch while it\’s still pink and a bit muted while being bright. Wow. If you didn\’t understand anything, that\’s normal !
I\’m not a big fan of the nude palette but you would know that already – I\’m all for bright colors ! It was a challenge for me to create a nude look but as you can see, I can never go really sober with a nude makeup look otherwise I feel naked af ! I mixed some of the brightest eyeshadow of the palette with my magical Mixing Medium from Neve Cosmetics and managed to train a bit with a sharp-edged large eyeliner and then I filled it with light strokes, just to see what it would look like. Well, I liked it at the time but I couldn\’t wear such a non-statement look everyday !
► FURTHER READING : Juvia\’s Place – The Zulu Palette ◄
I\’m using a lot of MAC in this look but that\’s how it is when I do my makeup for work – I try to wear as much MAC as possible because I\’m not one of those sales assistants who doesn\’t mind lying to the customer and say that they\’re wearing something they\’re not and since I\’m working at MAC now, I might as well let you know about all the new products we\’re getting ! Anyway, I\’ve got so many other bright colors from other brands that I\’m going to think and take some time to create more colorful looks soon ! 😉
PRODUCTS USED FOR THIS LOOK
Face
Face Cream : Clinique – Moisture Surge
Foundation : M.A.C. Cosmetics – Face & Body Foundation in C2 mixed with Hyper Real Foundation in Violet FX
Blush : M.A.C. Cosmetics – Extra Dimension Highlighting Blush in Sweets for my Sweet
Eyes
Eyeshadow Primer : Neve Cosmetics – Mixing Medium
Eyeshadow : M.A.C. Cosmetics – Nude Model Eyeshadow from the Nude Model Palette
Eyebrows : M.A.C. Cosmetics – Eyebrow Styler in Spiked
Mascara : M.A.C. Cosmetics – Upward Lash
Lips
Primer : M.A.C. Cosmetics – Prep & Prime Lips
Lipliner : M.A.C. Cosmetics – Soar Lipliner
Lipstick : M.A.C. Cosmetics – Matte Lipstick in You Wouldn\’t Get It
Follow my blog with Bloglovin !