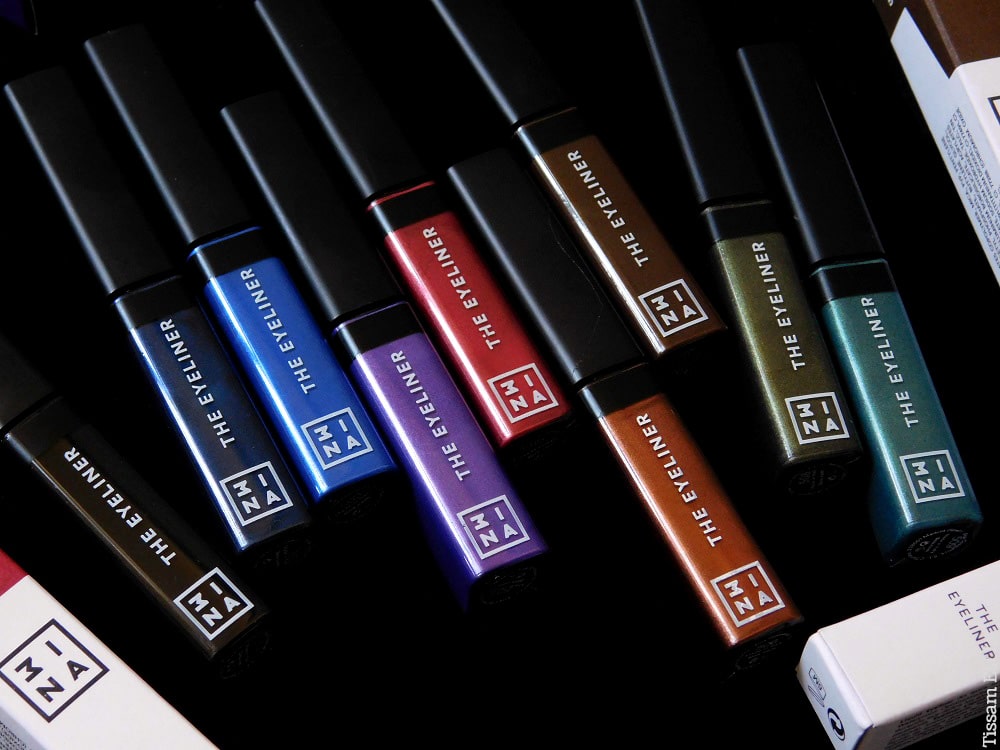 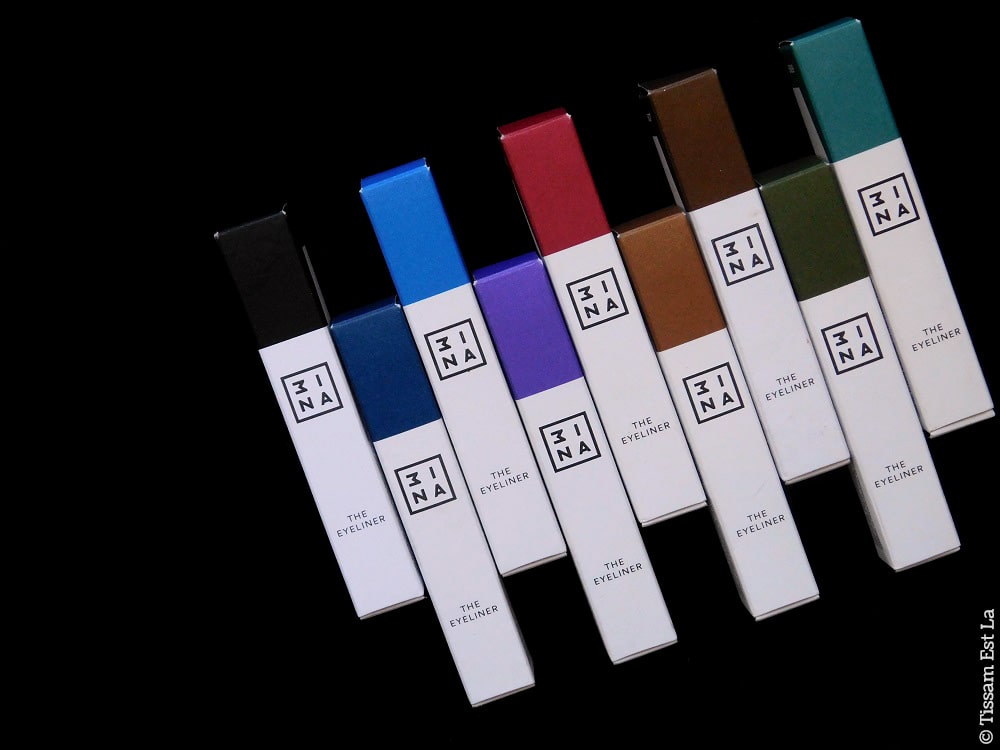 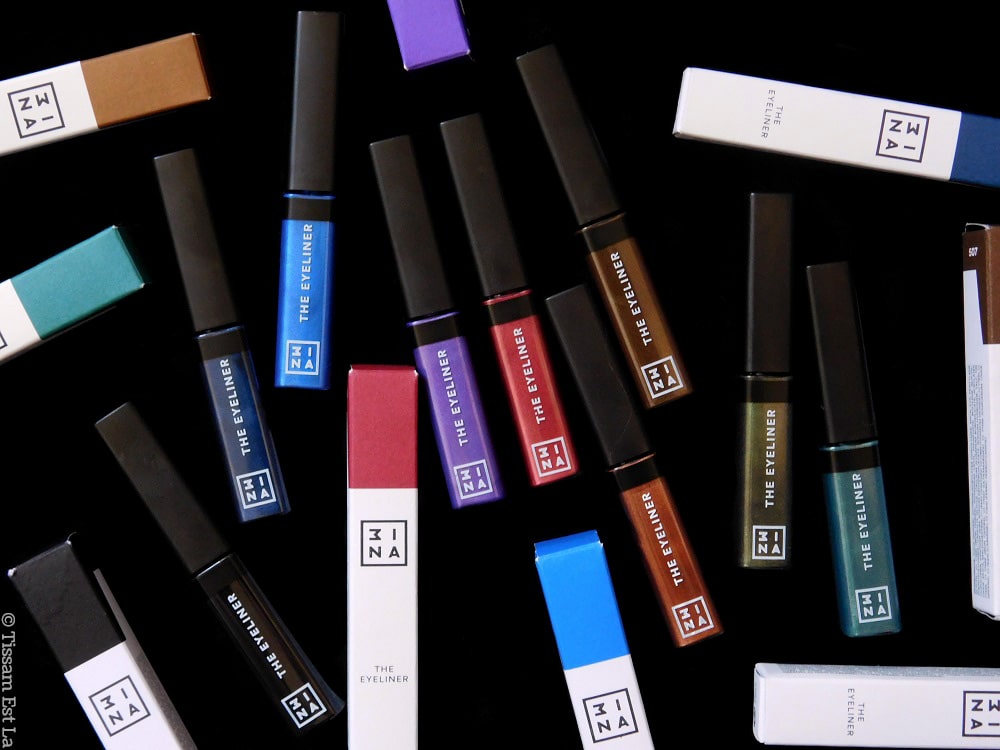 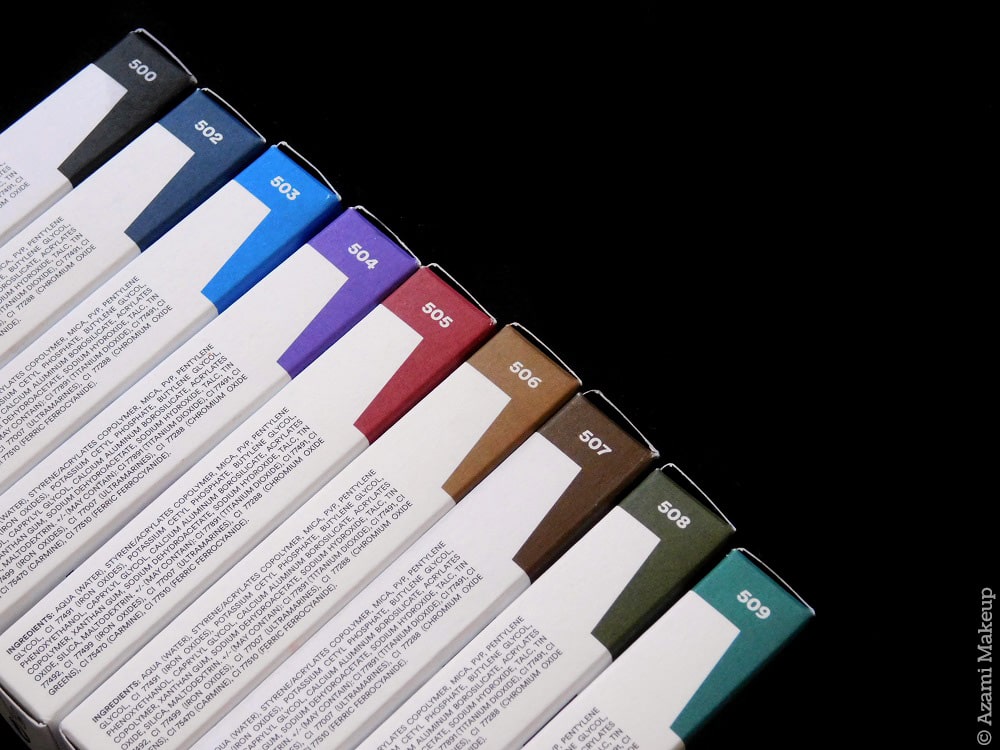 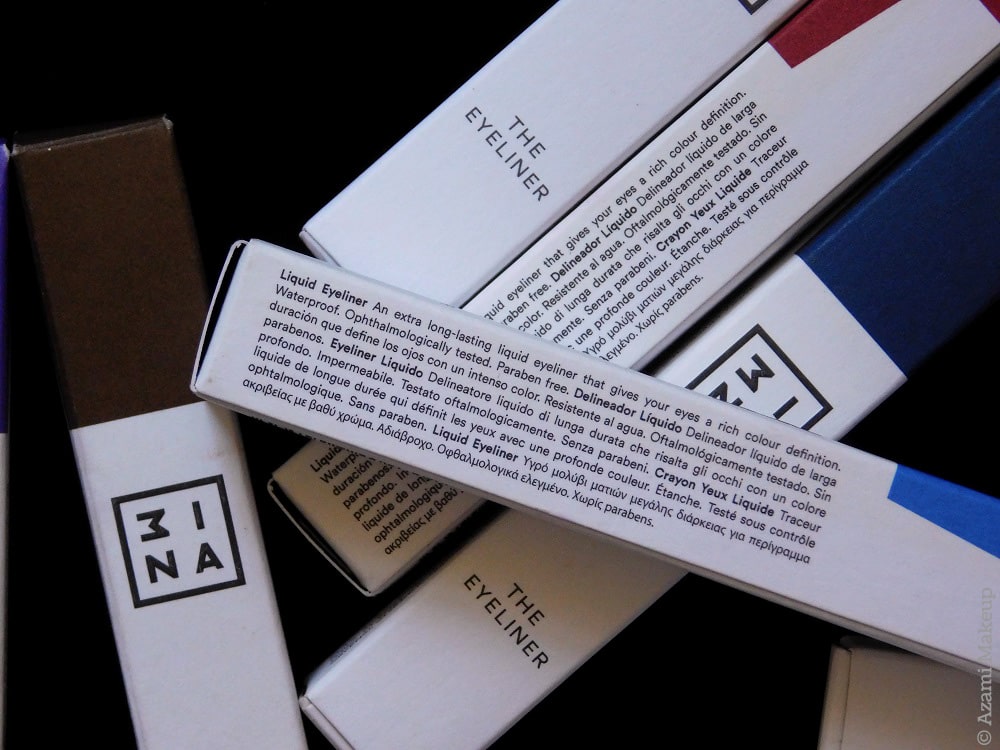 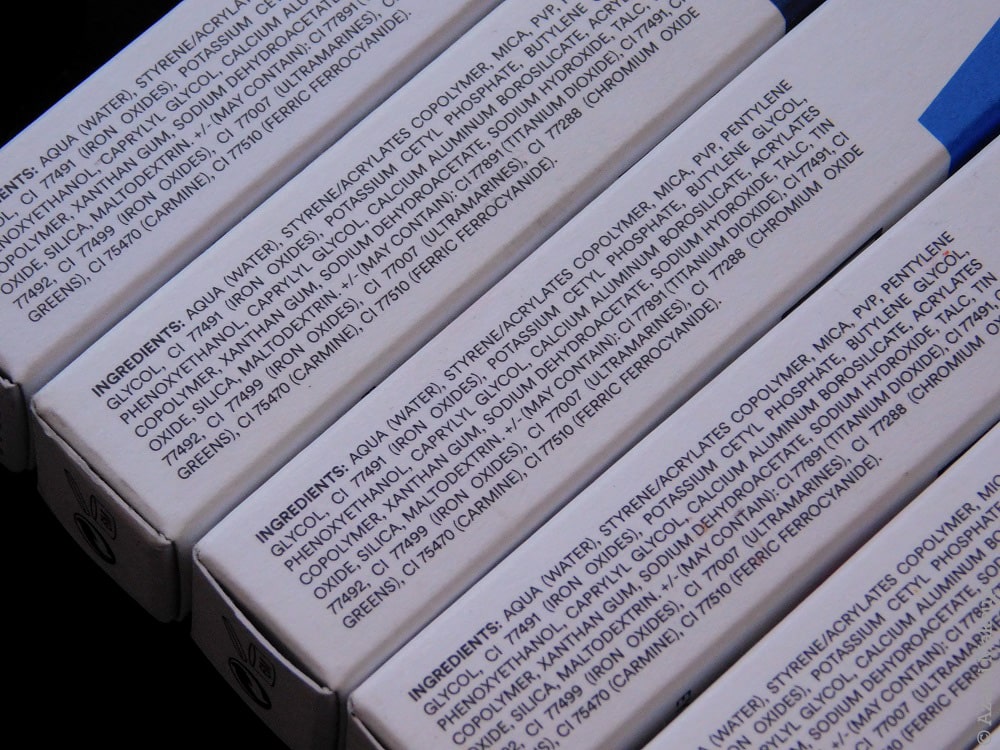 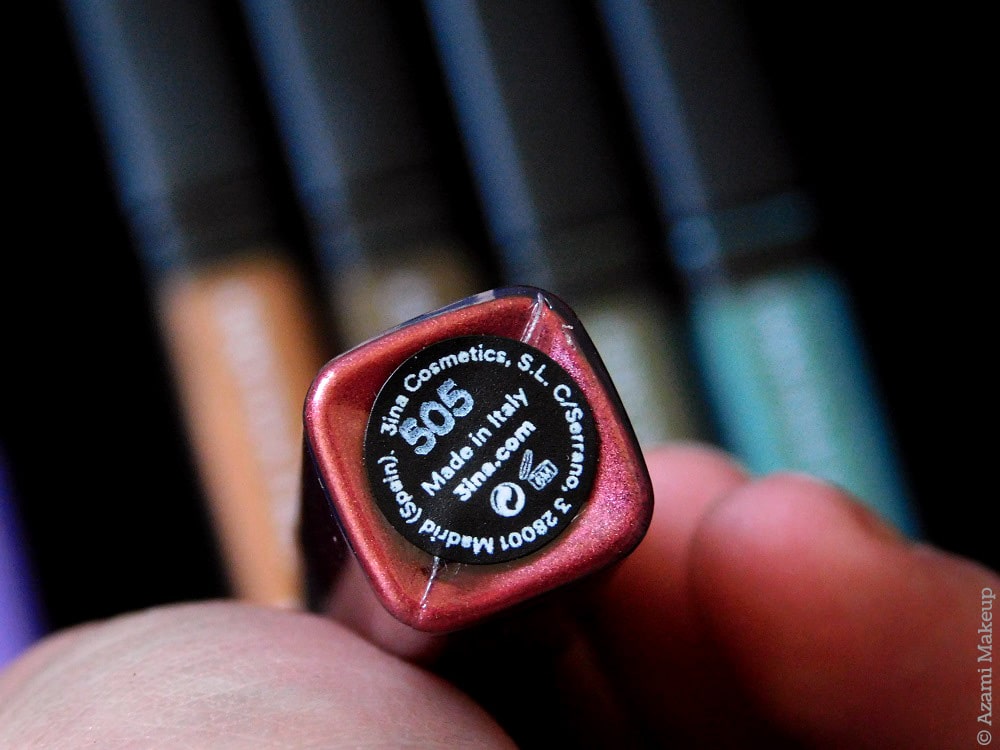 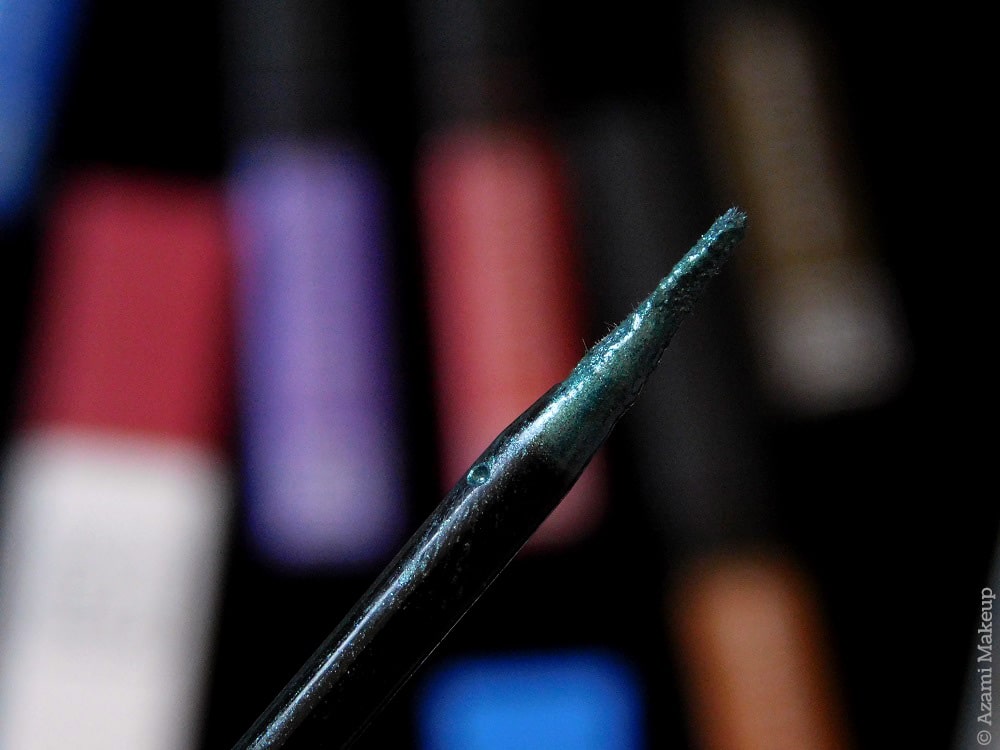 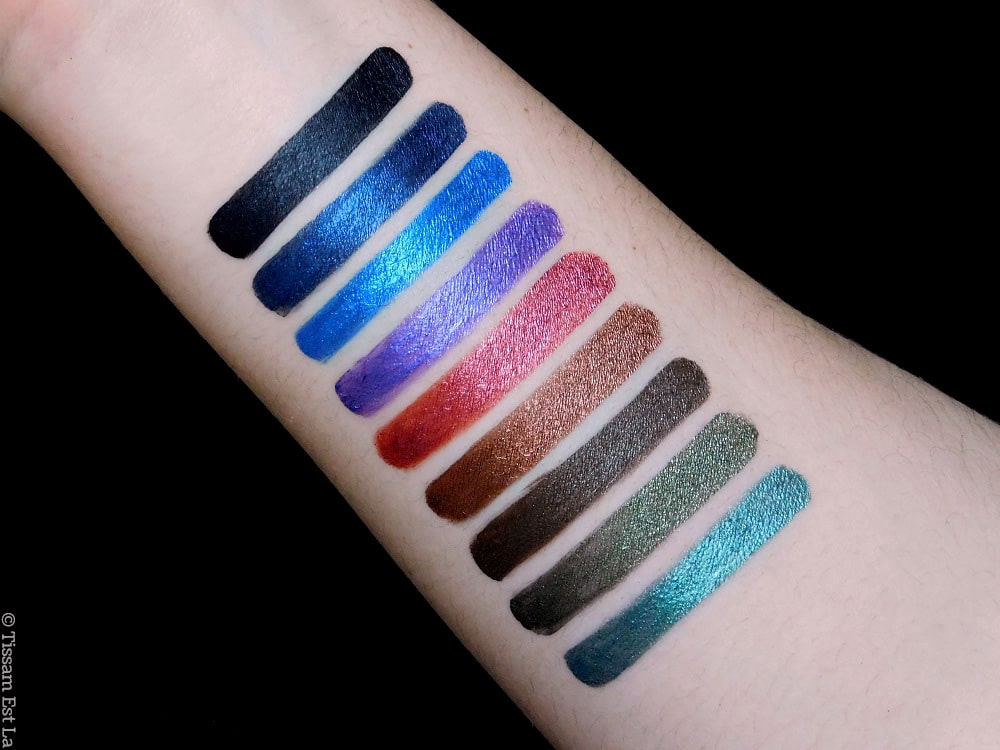 The first time I swatched the Color Eyeliners at the 3ina store in Covent Garden, I don\’t even remember how long ago, I thought \”Yeah, the colors are nice but the pigmentation is… meh\”. It wasn\’t the first time I swatched them since I\’d been there the year before, but because of the almost empty testers in the store, I left them aside – once again. Really, if I hadn\’t had a buying problem when I bought them, you\’d never have seen them here – ahem, trying to find excuses here. But I\’ll tell you one thing : if I own all 9 shades from the range, there\’s a good reason.

Small tubes, 4.5 mL per tube, about 10 pounds/euros not bad. They\’re made in Italy which is quite reassuring – I like knowing when a product is made in Europe. Mind you, I\’ll buy makeup made in China as well since it doesn\’t mean much anymore to me except when I\’m buying from an indie brand.
They\’re said to be waterproof, highly pigmented and longlasting. All of that is very, so very true. The finish of these is ultra metallic, shake them so the formula comes together nicely and you don\’t have to do a second run and don\’t ruin what you\’ve previously drawn on your eyes. 3ina does advise to draw a line with an eye pencil first and then with these eyeliners but I\’ve never done it because none are precise enough.
I feel like 3ina nailed it with the colors although we\’re quite on the sober side of the color spectrum : there are classic colors like black and brown (two shades of the latter) and then there are more popping colors like electric blue, teal, red or a beautiful electric purple. They\’re small, they\’re easy to pop in a handbag and efficient. Swatched on my arm are all the shades, from 500 to 509.

3ina | The Color Eyeliner – My Opinion

I know those are not the most precise eyeliners you can find on the market but it\’s okay. As a makeup artist I always apply some of the product on my hand before picking it up with a brush to apply to my eyes or my models\’ eyes so it\’s more hygienic but from what I saw it\’s next to impossible to get a sharp wing with these – or very, very difficult. I don\’t mind since I only use the Zoeva 317 Wing Liner Brush to do an eyeliner on anyone (and so should you if you don\’t know that brush, it\’s literally my bff !).
I feel like these eyeliners have exactly the same formula as the Cream Eyeshadows but as liners. Even after a shower, even after washing my face with soap, they won\’t budge. In the evening, after a whole day, you really need to remove them with a good oil-based makeup remover – for this, I\’ll use either a M.A.C. Cosmetics oil makeup remover or even some coconut oil to break down the formula of these. Massage softly your eyes, don\’t scrub your a** off or you\’ll tear some eyelashes away. Can you imagine if 3ina released those same eyeliners but with the wonderful popping colors of the Cream Eyeshadows ?!

Have you tried these yet ? Are there any metallic eyeliners you\’re in love with and would like to share with me ?