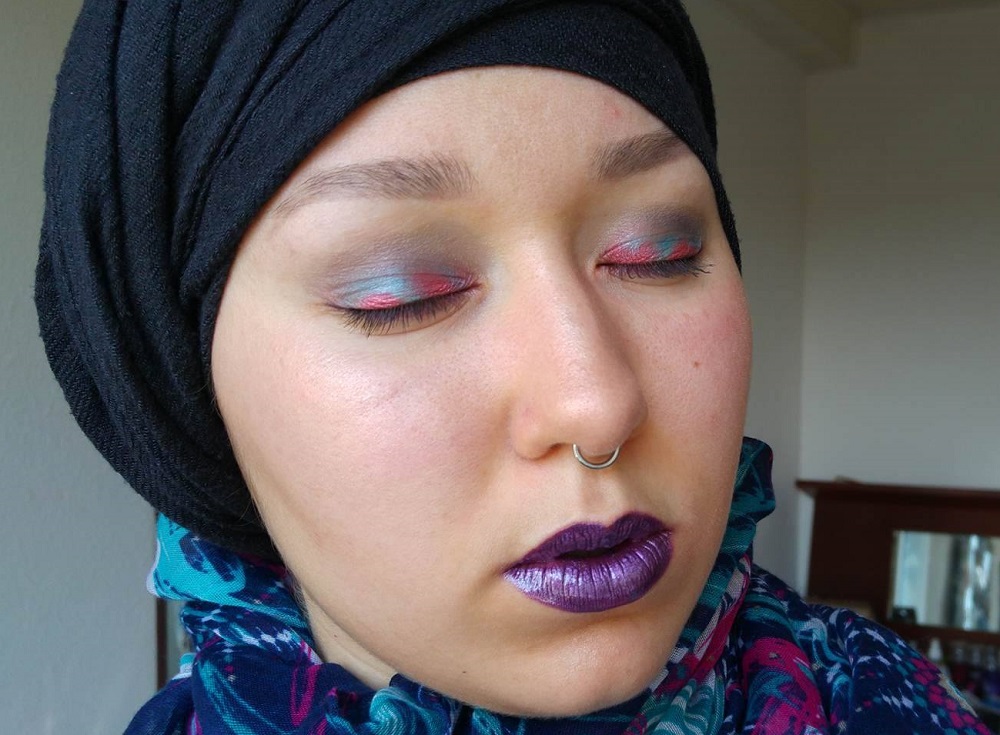 This week\’s color for the Monday Shadow Challenge is turquoise. I like this color very much but I had very little inspiration for it this week. You know the feeling, when you think you\’ve forgotten everything you\’ve learned once you\’re before your exam paper ? That\’s the feeling. This is the second makeup I\’ve created for the challenge. The first one became messy after mixing dark colors together and the cloudy weather was pissing me off – I thought yesterday\’s great sunny weather was perfect to try creating a new makeup.
The eye makeup 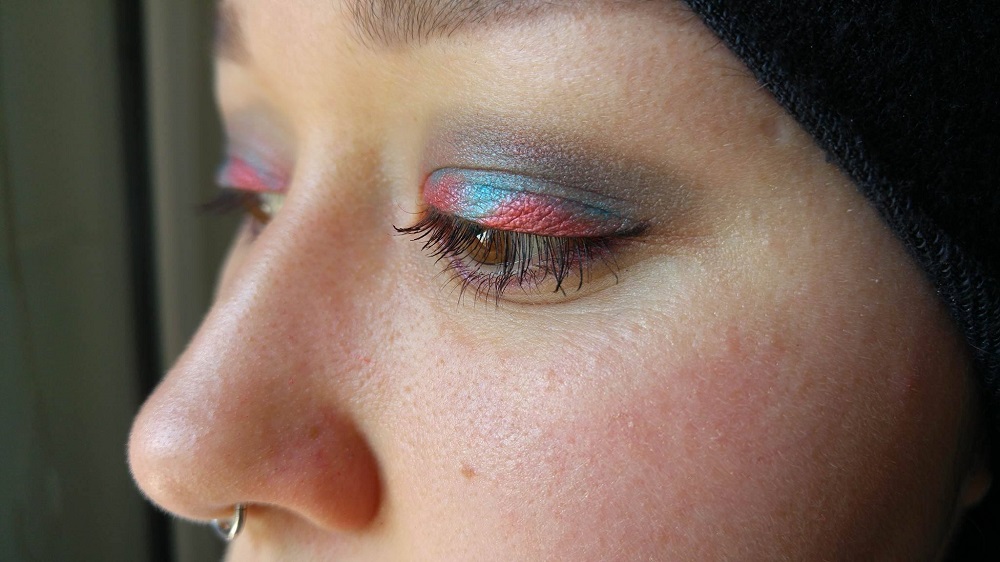 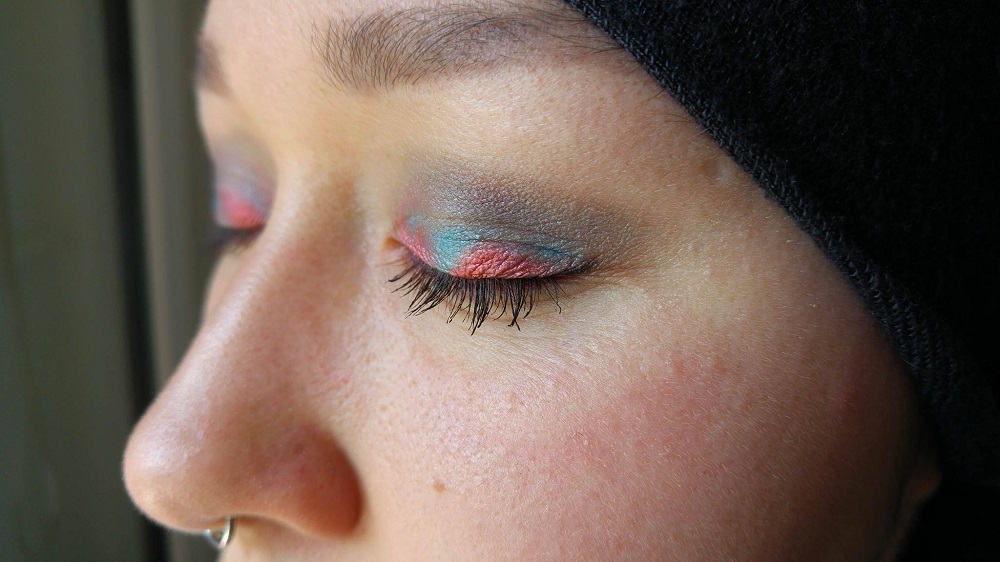 Unlike what I usually do, I\’ve used very little makeup here. I\’ve unified my eyelids with the Semi-Sweet Coconut Cream eyeshadow and defined the crease with two eyeshadows : the blue Ore Stone from Zoeva\’s Mixed Metals and the bright red eyeshadow from the Miss Cop quad I\’ll probably write about soon. 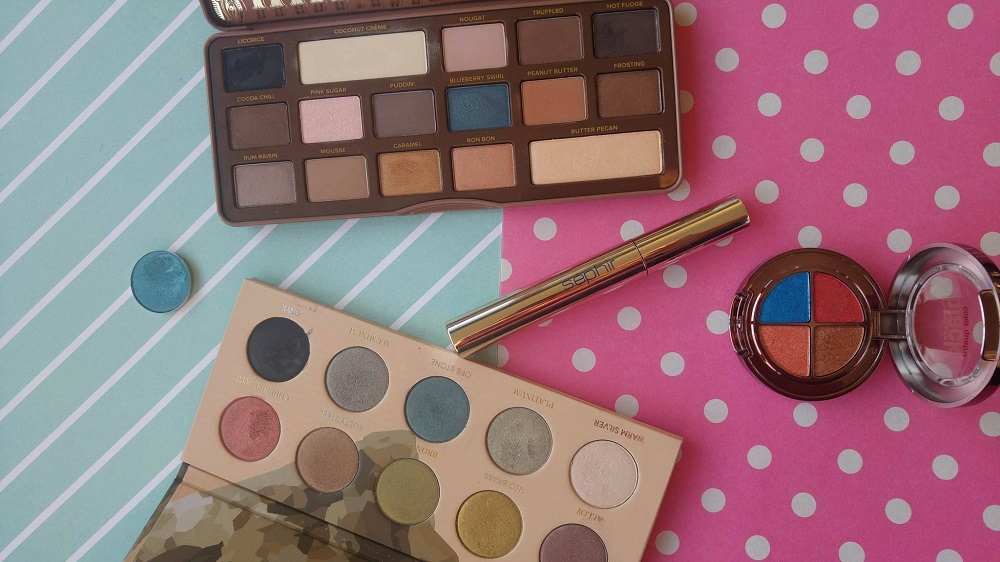 Then I applied some Mazarine Blue from Coastal Scents and the same Miss Cop red eyeshadow in alternate touches. I wet them so they\’d look more intense. I underlined my eyes with the same purple color I used for my lip makeup. Then I just used the black Mixed Metals eyeshadow as a light eyeliner and applied one layer of my brand-new Sephir Silky Black mascara and that was just about it ! 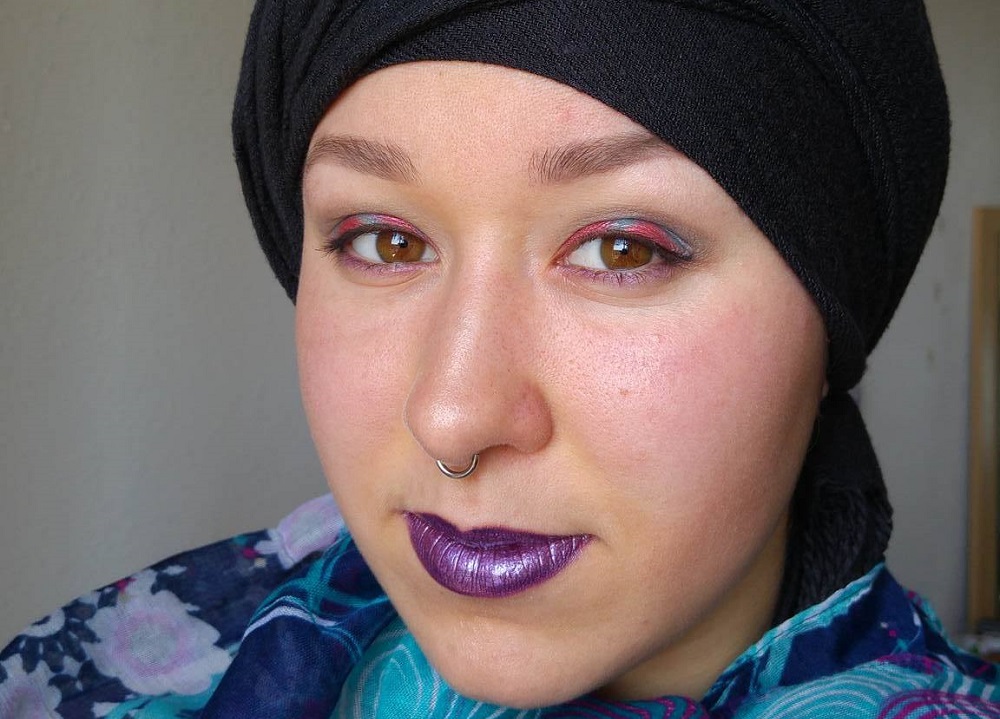 Lip Makeup
I am in love with unusual lip colors these days. My first attempt at creating this makeup consisted of a mix of turquoise and navy for the eyes and a bright shiny orange lip makeup. I changed my mind then and chose a dark purple color from another Miss Cop quad. I mixed the purple eyeshadow with some Makeup Revolution Amazing Lipgloss in Free that I already used in last week\’s makeup to create a turquoise dripping lip effect.
I guess I should have used a lipliner before applying the mix and I advise you do so too because the eyeshadow will just slip right into the lip wrinkles. 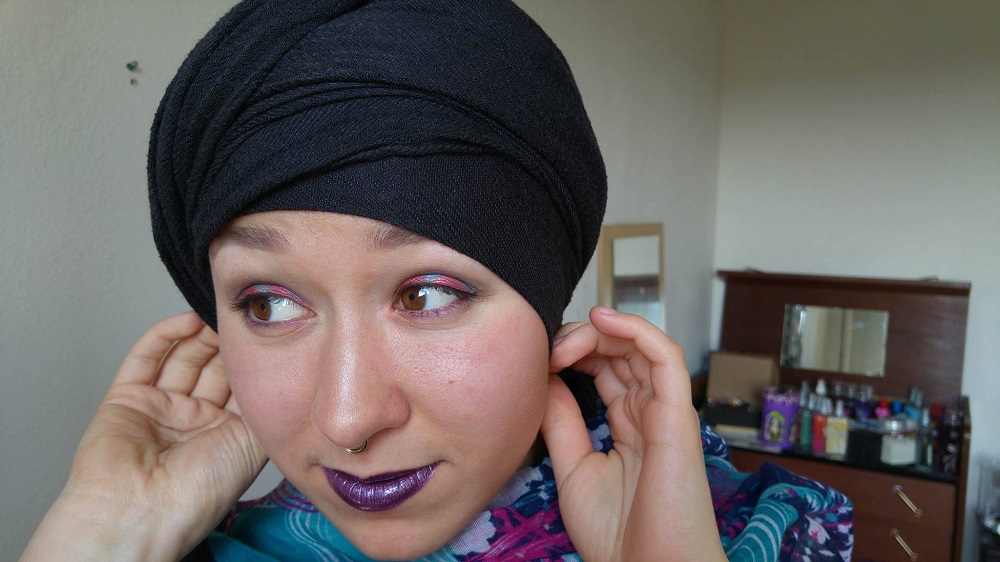 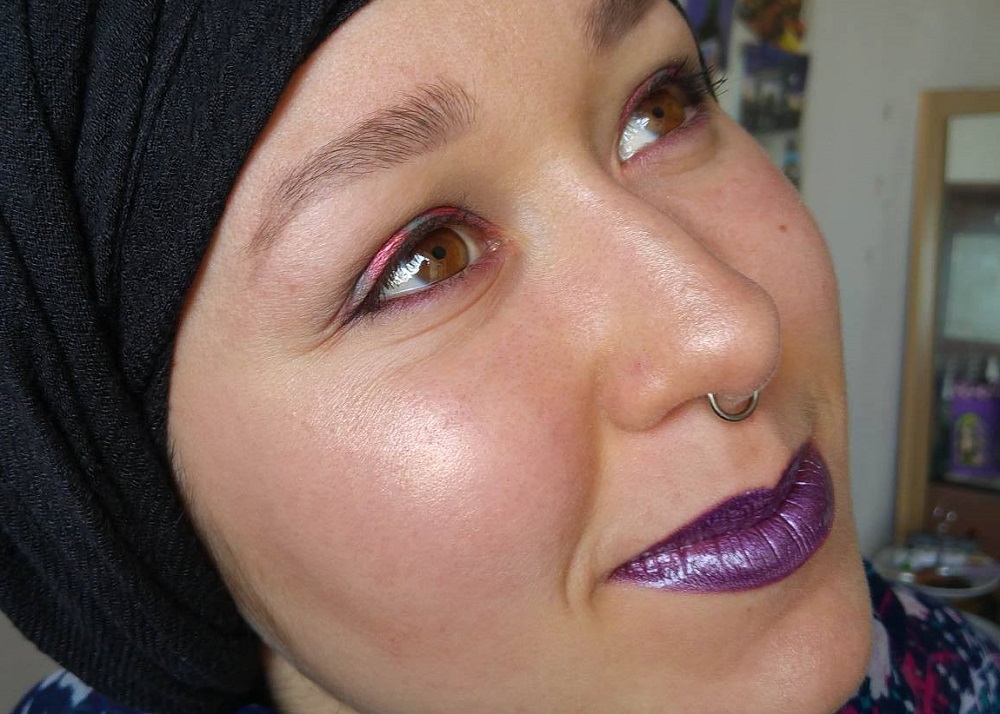 The face makeup
I used even less makeup for my face than I did last week : only a bit of blush from the MR Ultra Contour Kit in Ultra Fair, a touch of Mary-Lou Manizer and some bronzer from the Ultra Contour Palette. I guess I should have spent more time on my face makeup especially because the left side of my face starts blushing just when I want to take pics of my makeup looks ! And you can also see an amazing thick brown bronzer stroke on my right cheek… u.u. It\’s okay, you learn from your mistakes, right ? 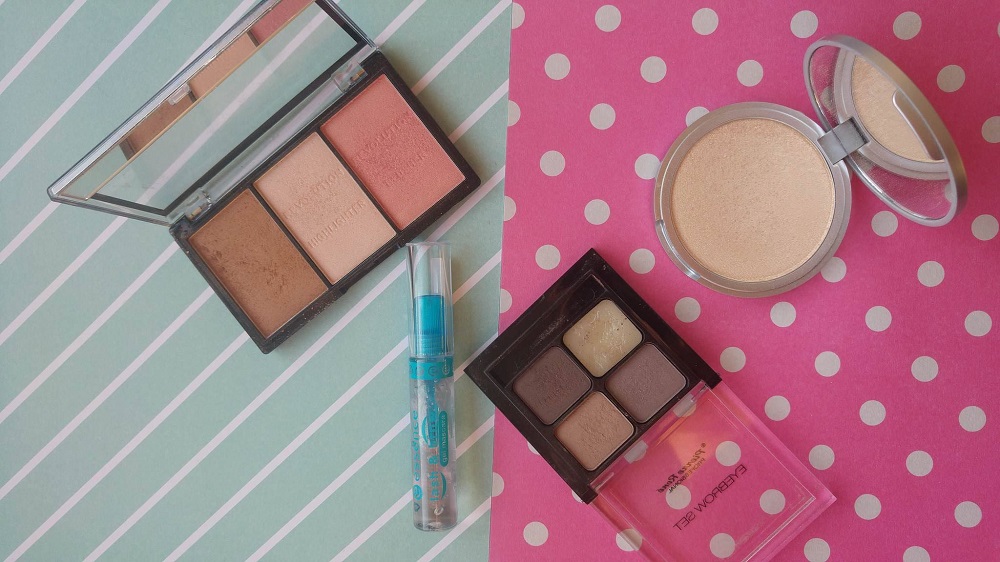 I applied some of the average brown eyeshadow from the Pierre René Eyebrow Kit without the wax because I wanted to use the Essence Lash & Brow transparent mascara. I love this one and the result is neat and natural, love it ! 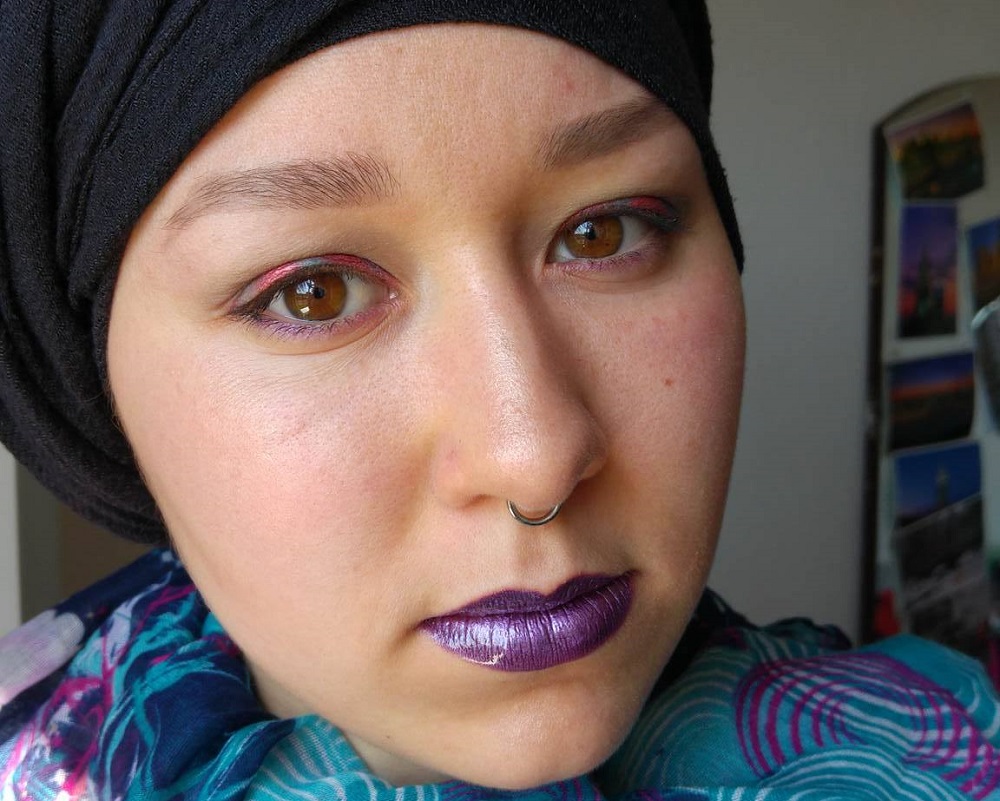 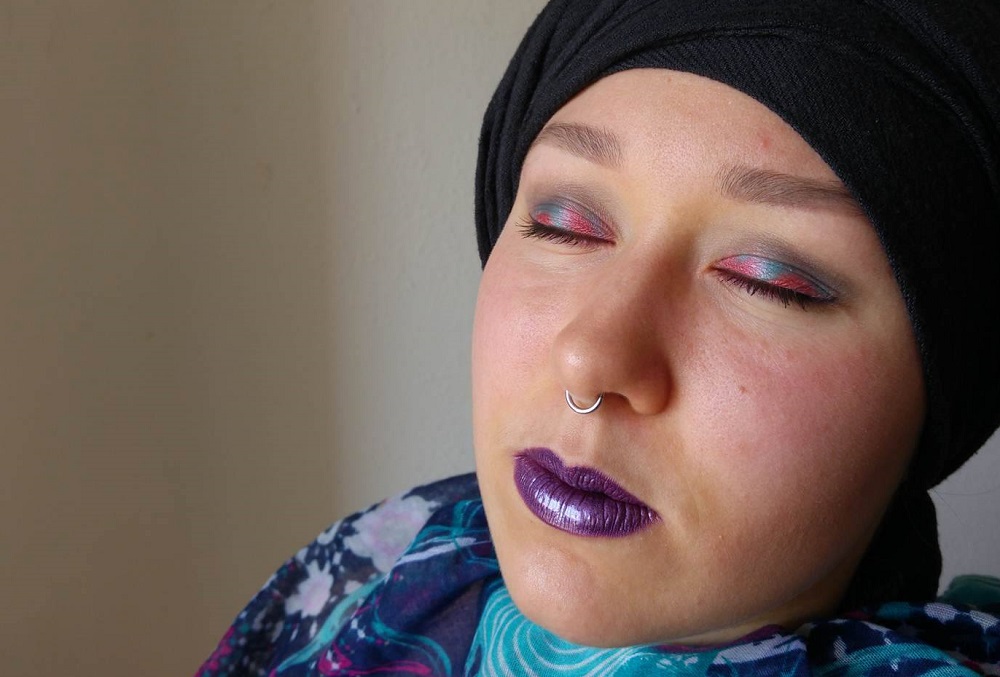 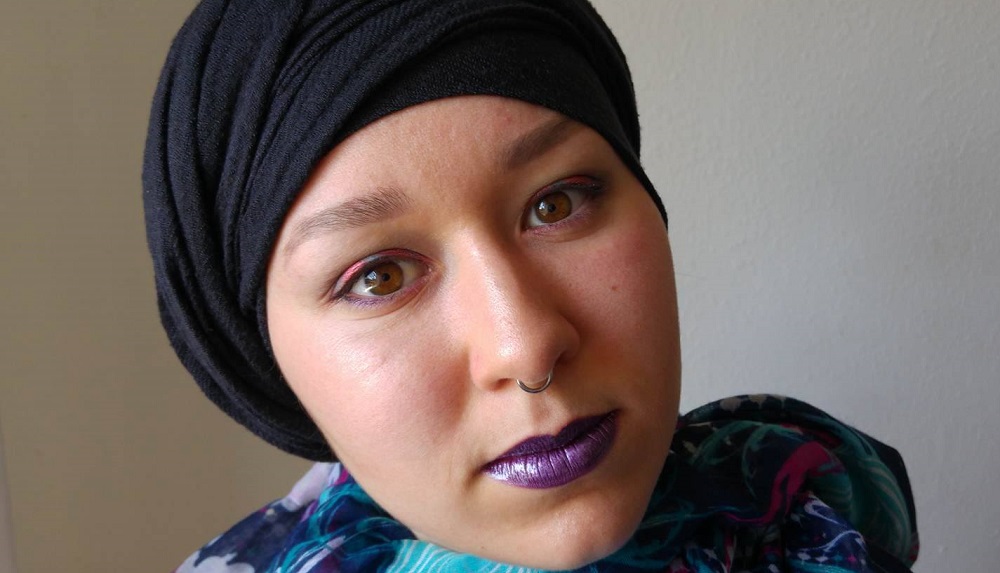 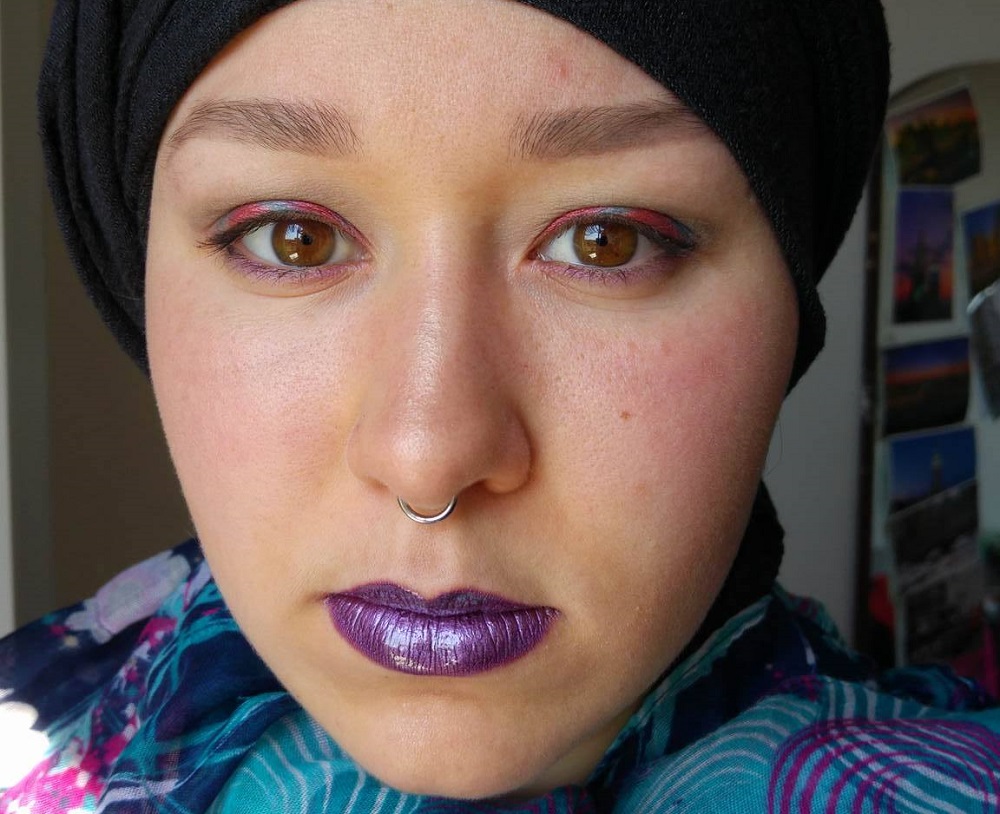 What do you think of this almost neutral makeup ?