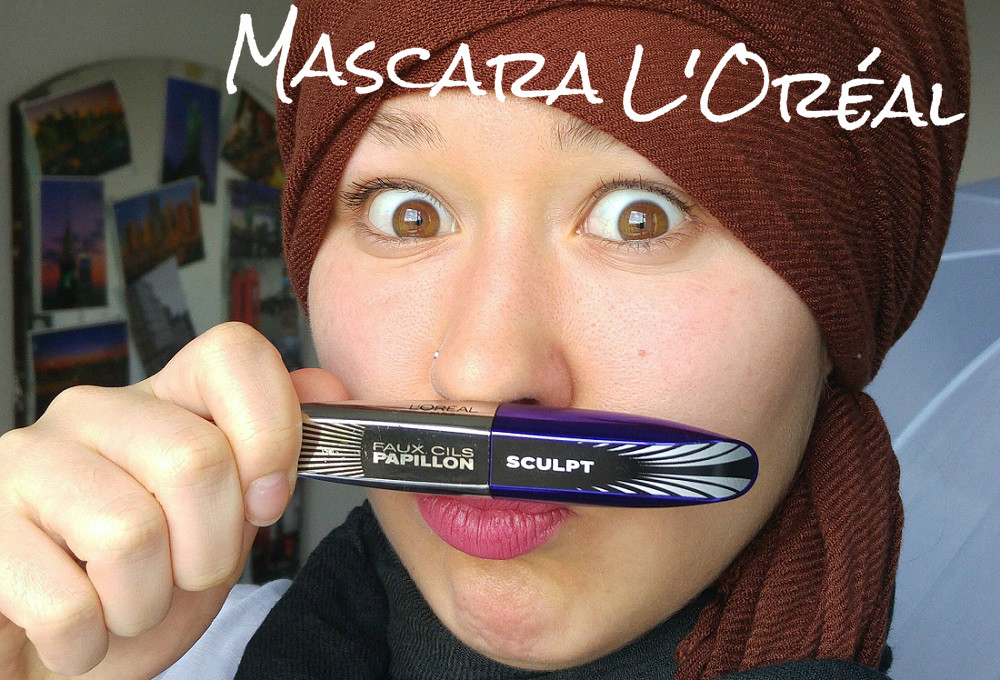 Several weeks ago I was picked by the Subleem team to try out the new L\’Oréal Voluminous Butterfly Sculpt mascara. It\’s always really nice to know that you\’ve been especially picked to participate in a test or a mission, it makes you feel good about yourself and your blog.
I received my sample a bit more than a week ago and I\’ve been wearing it almost everyday since it came into my mailbox. If we\’ve been asked to try it out, that means we need to say if we like it, if it\’s efficient and so on. This is my goal today : tell you everything about this mascara, if you should totally run for it or run away from it. 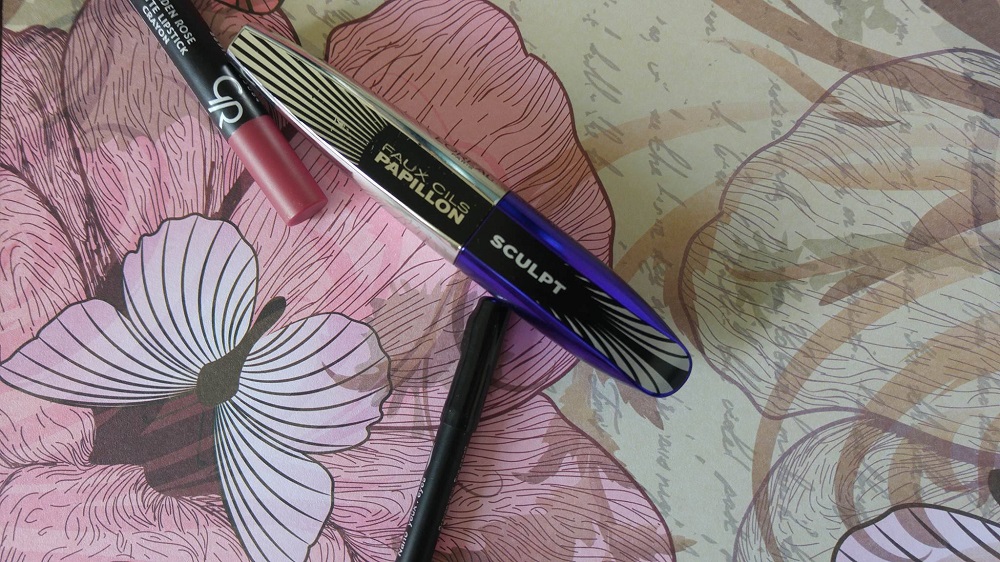 I\’ve had several L\’Oréal mascaras in the past and they always seem to release the same light yet big mascaras. This one is silvery, indigo and black. Aside from the strokes of black maybe symbolizing eyelashes, the packaging is sober and chic but the printing wears off pretty quickly.
I\’m starting to really feel how useful a mascara can be but I still won\’t buy any mascara that is €15.90 on average. I\’d rather go with a cheaper, even underrated brand because I don\’t think that makeup that\’s expensive is necessarily the best. I do understand that L\’Oréal can\’t afford to sell their makeup for €5 with their brand image though.
L\’Oréal and Animal testing ?
I\’ve checked : L\’Oréal hasn\’t been testing its products on animals since 1989. What\’s even more important to know is that since March 2013, the group no longer tests on animals, anywhere in the world, and does not delegate this task to others. Since it was one of the reasons I didn\’t buy L\’Oréal makeup, this is good to know and I think not many people know about that.
China run tests on animals within their own evaluation centers : L\’Oréal can\’t do anything to prevent that even if it\’s not necessary and they work in close collaboration with the Chinese regulatory authorities to bring rapid change to the regulatory framework of cosmetics products and offer alternative methods that don\’t require animal cruelty (source : L\’Oréal website). 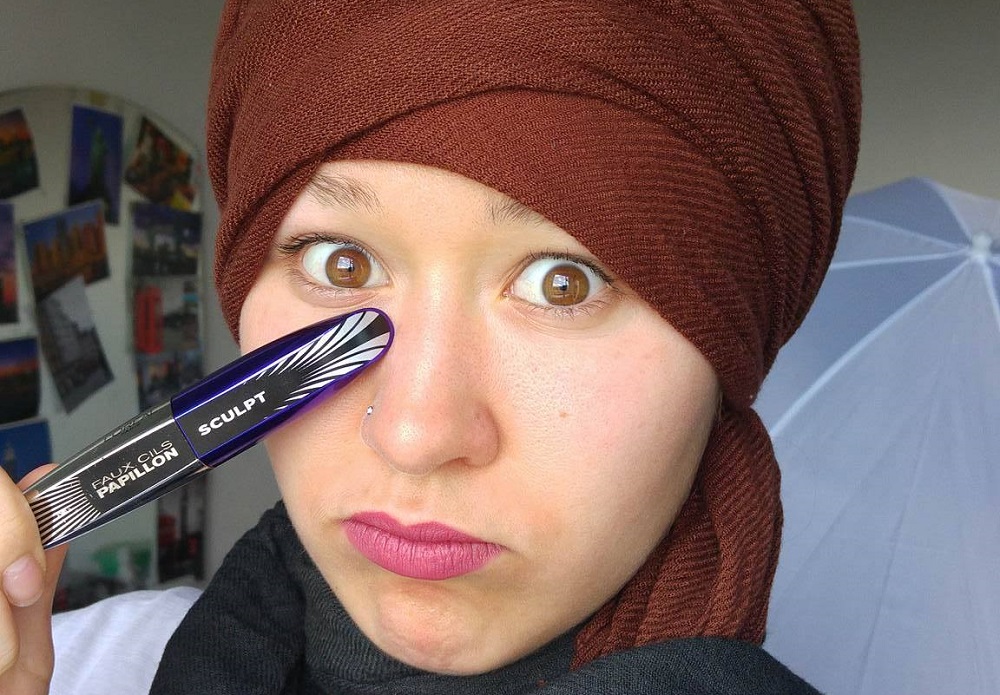 I love that there\’s more and more work put into new technologies of mascara brushes. I don\’t mind using any kind of mascara brushes but I\’d rather use one with little plastic or silicon spikes anytime for I think they\’re far more efficient !
The brush of the Voluminous Butterfly Sculpt is unusual to me : two rows of tiny plastic spikes and a gap between the two in which the mascara settles, kind of like a reservoir inside the brush. 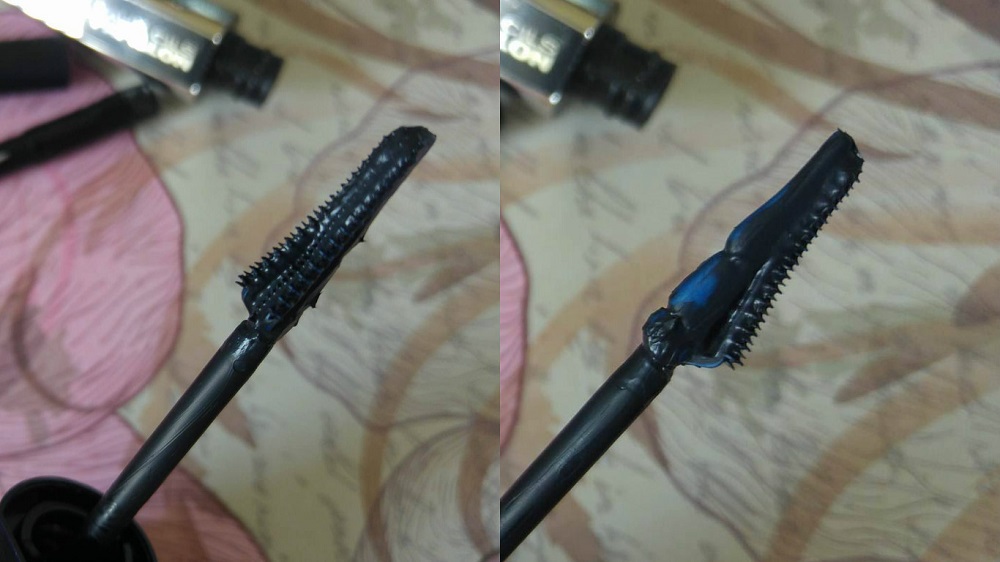 One layer of the Voluminous Butterfly Sculpt mascara later… 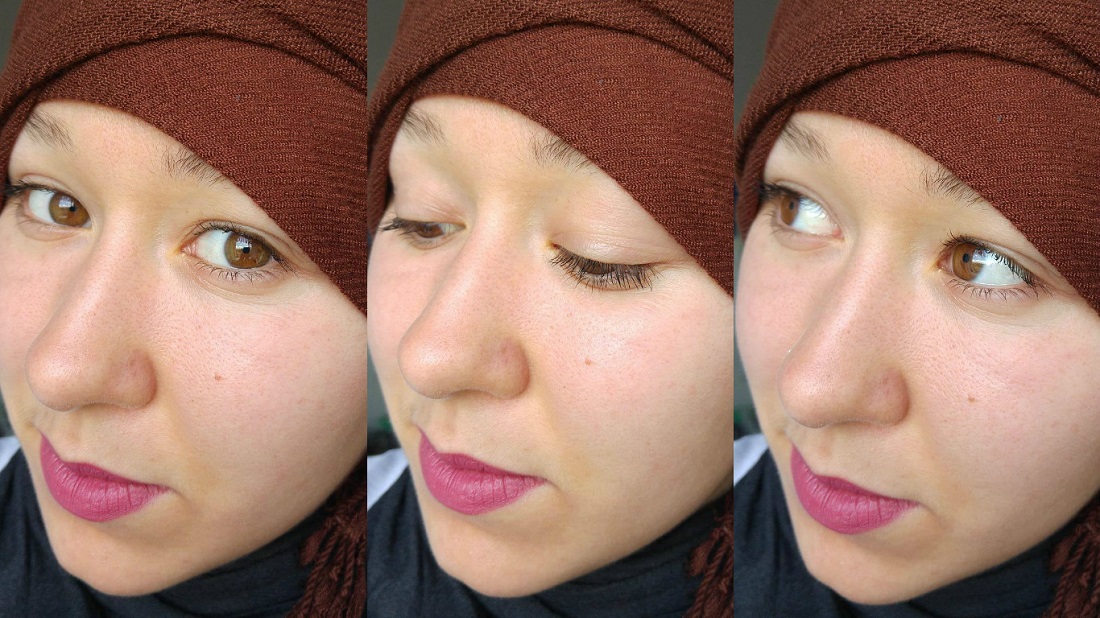 L\’Oréal offers us full volume when using this mascara : deeper, darker, fuller lashes. The brush has this new exclusive technology : the inner bristles fill in the lash line for a no gap tightline effect, the brush reservoir loads the entir last with maximum volume and the outer bristles fan out lashcorners to the extreme. 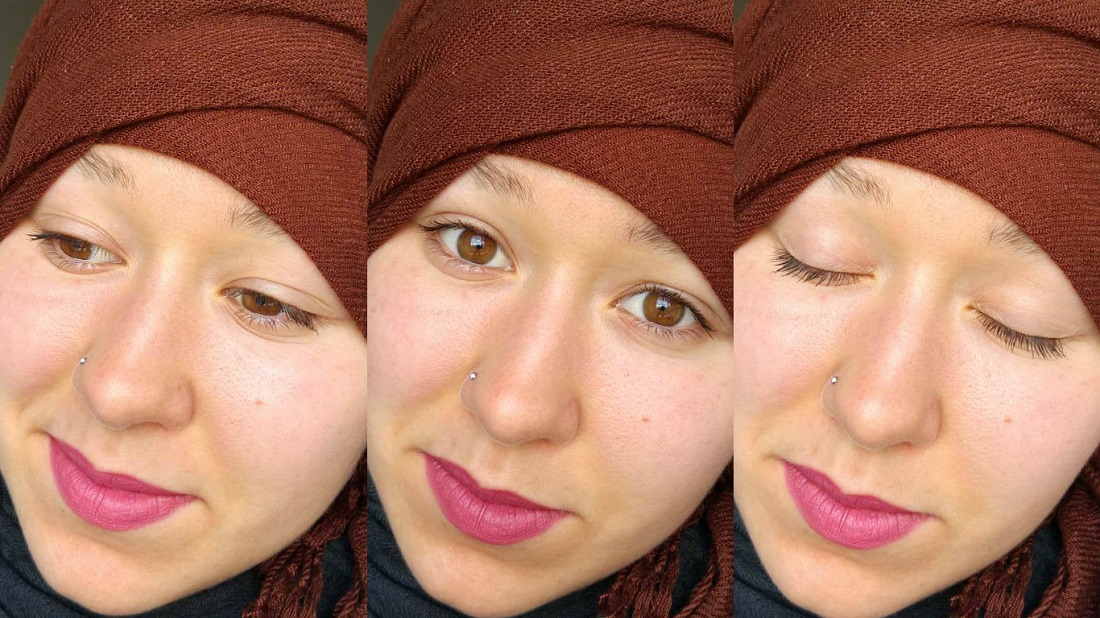 If you\’re looking for a mascara that\’ll bring you much, much volume, I don\’t think that\’s the one : you can see on the pictures how my eyelashes seem lenghtened but haven\’t gained much volume.
With this mascara, it\’s better to leave well enough alone. I think that just one layer is correct. If you apply two, the \”no gap tightline effect\” on my eyelashes means that many are stuck together because the formula is a bit tacky. As I don\’t have thick and many eyelashes, that ends up being a mess. If you have short and bad, bad eyelashes, just use a clean mascara brush to separate the eyelashes before the mascara has settled (which I haven\’t done in the pictures so you\’d see the exact result with the Voluminous Butterfly Sculpt mascara). 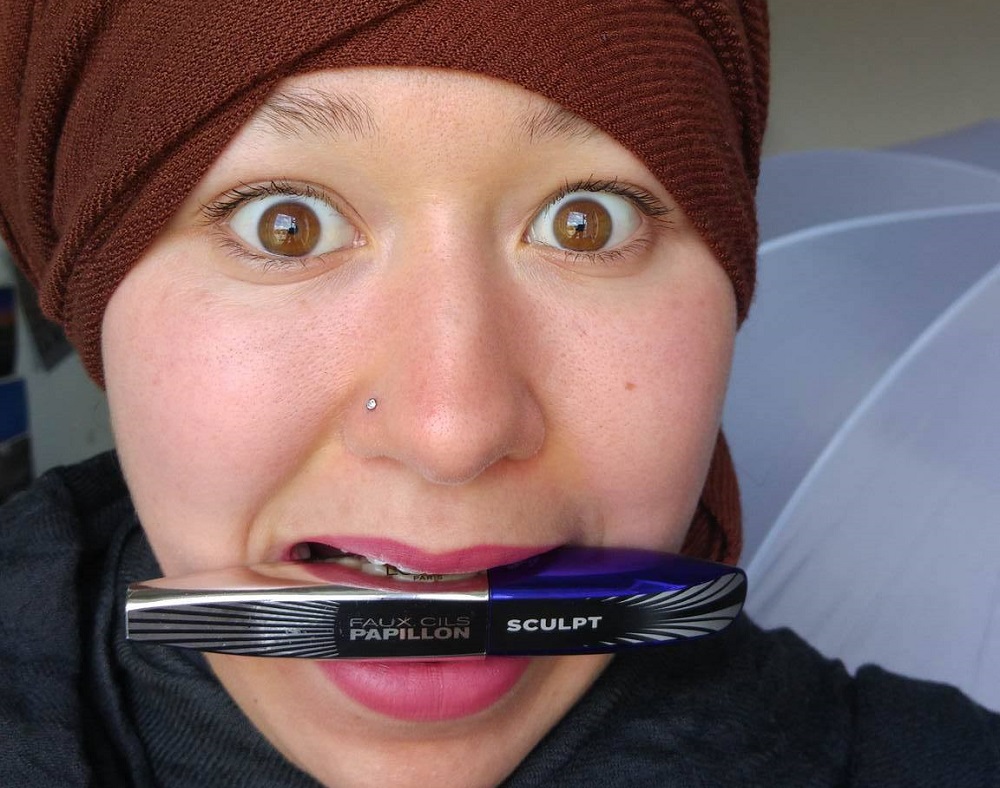 This mascara lasts for a long time : you can easily wear it through the day ! It\’s not waterproof but it\’s almost as if. Okay, don\’t you start crying while you\’re wearing it though !
All in all, if you\’re looking for lenghtened eyelashes, this mascara is perfect. If you want volume… I\’m not so sure, but then again, my eyelashes are naturally messy. I guess if you have the right type of long, dark and numerous eyelashes, this one\’s perfect for you !

*This product was provided by the brand to be reviewed. I did not pay for it.
More mascaras…
Big eyes on a budget : Pierre René\’s Eyebrow Set & Hi-Tech mascara
Max & More Smokey Eyes Sets : Eyeliner pencils, eyeshadow palettes and mascara