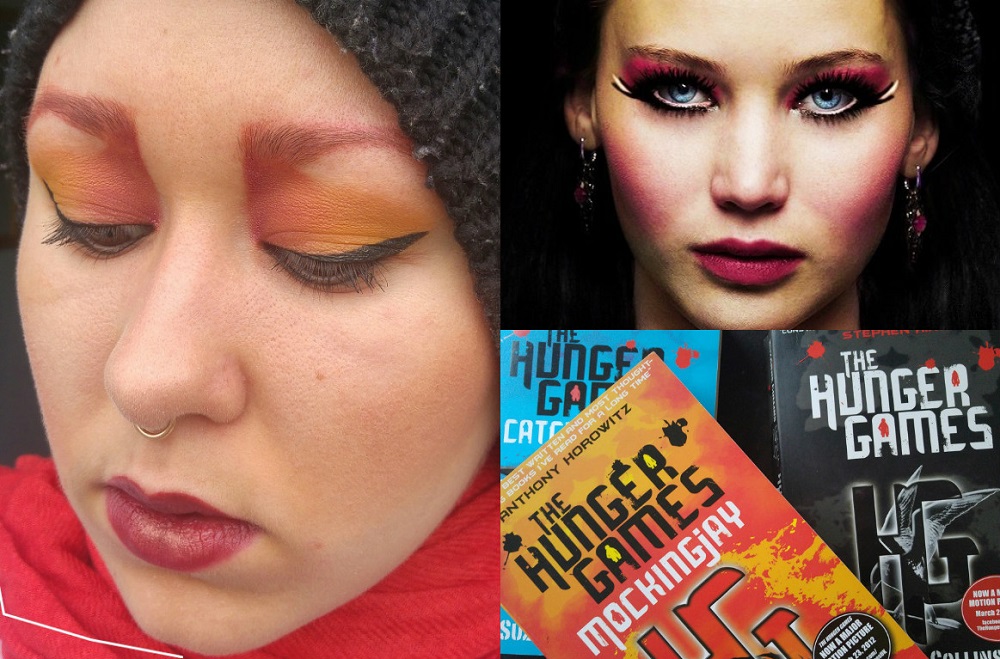 As per usual, I looked at burgundy makeup looks on the Internet before deciding on what look I wanted to create. I called my younger sister who told me \”Why don\’t you think of Gryffindor when you create you makeup look ?\”. That\’s what I thought of doing but then something else called my attention. That\’s why I drew my inspiration from a book and a movie we both love very much.
We\’ve seen the four Hunger Games movies together and we both felt ill at ease when we understood that there would would be no other movie to expect. While I fill my mondayesque duty, I am happy to dedicate this Girl on fire makeup to my little sister Kenza, who loves art but can\’t stand the form of art that\’s makeup.
MAKEUP USED FOR THE EYES
For the eyemakeup, I used the Vivien Kondor Brights eyeshadow palette, BH Cosmetics\’s Galaxy Chic eyeshadow palette as well as two Pierre René Professional matte eyeshadows : Golden Yellow 203 and Orange Cocktail 202. 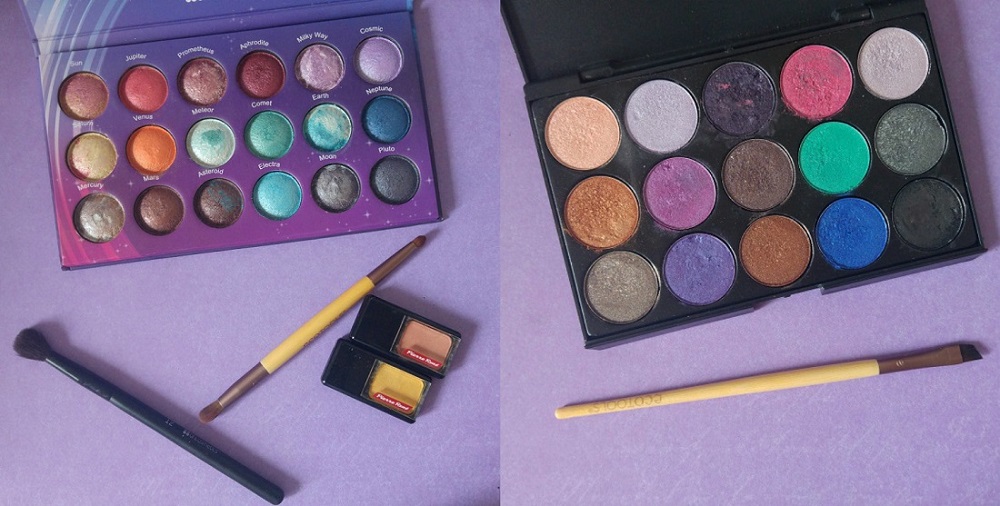 I started blending the matte Pierre René yellow eyeshadow in the crease, blending it up to the eyebrow. With Aphrodite, a shimmery cranberry/burgundy eyeshadow, I defined the crease in the inner corner of the eye and also colored my eyebrows with this color. 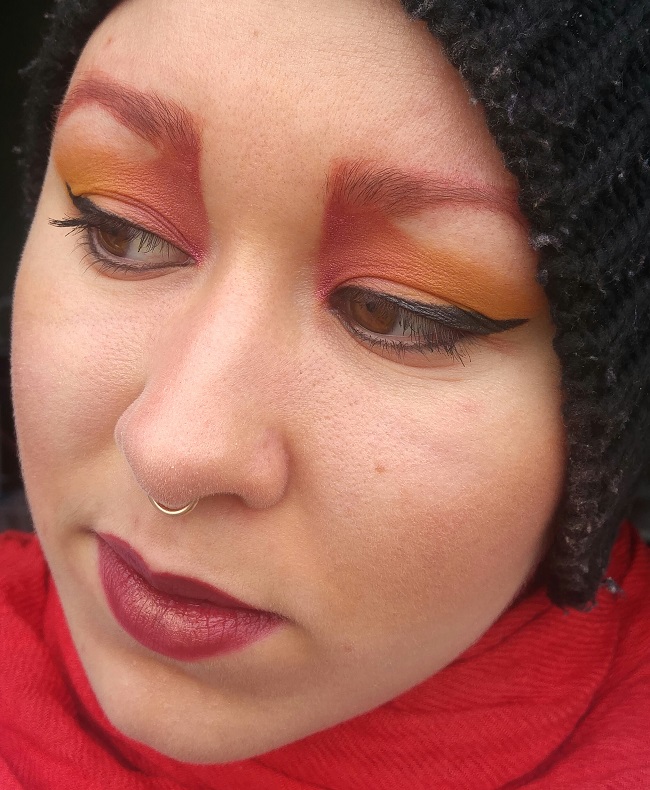 I wanted to symbolize a flame so I really took the time to blend Golden Yellow and Aphrodite together. Then, I just added a bit of the matte Orange Cocktail eyeshadow and with a Q-Tip, I defined the outline of the eyeshadow so it would look a bit more like a flame but not too much.
With the EcoTools eyeliner brush and the black eyeshadow of the Vivien Kondor palette, I drew a thick black line on my upper eyelid as well as a thin line under my eyes. I just finished the eyelook with one layer of black mascara. 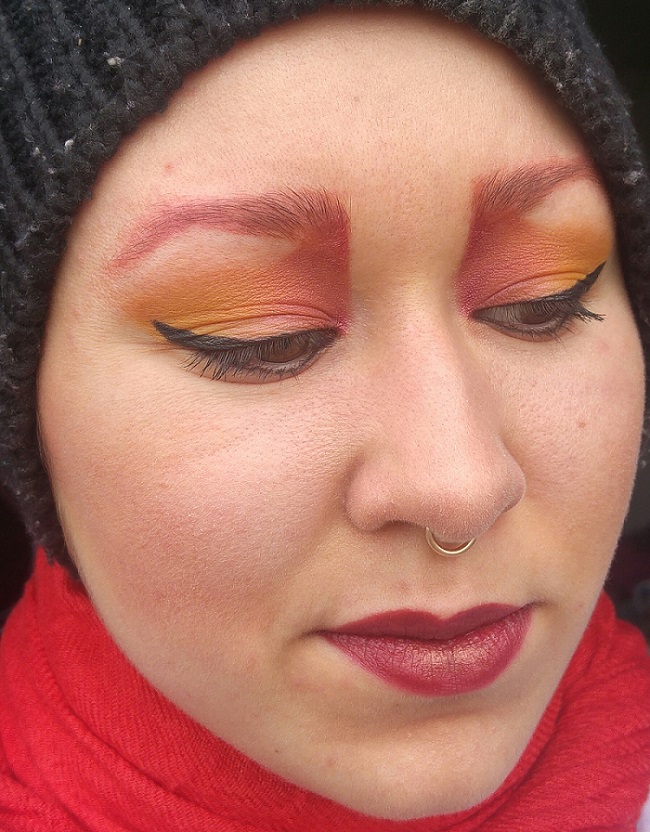 LIPMAKEUP
Before applying any makeup on my lips, I applied some of my Labello Vanilla & Macadamia Lip Butter. Then I drew the outline of my mouth with the Max & More lipliner from the Dark Red set and also filled my lips with it. 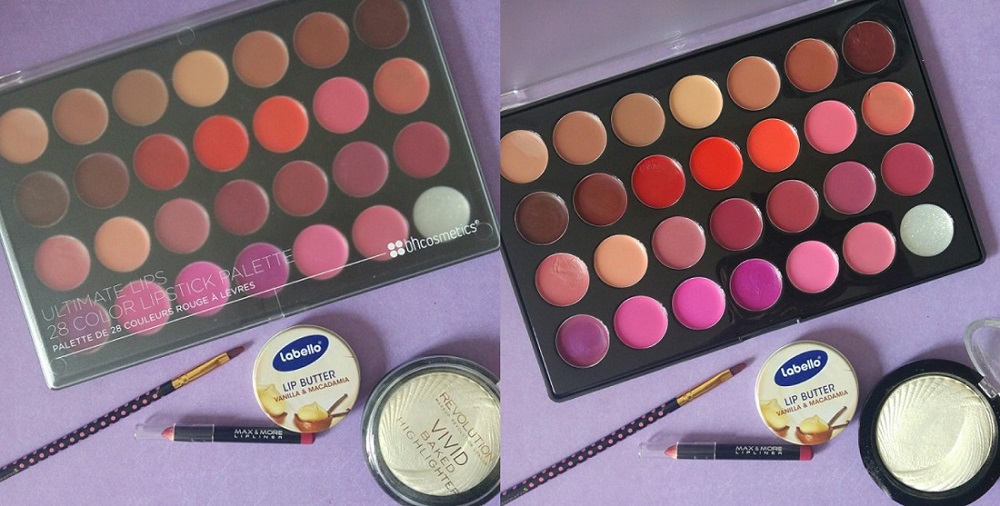 To color my lips, I used the burgundy lipstick from the BH Cosmetics Ultimate Lips palette. The color is the one at the top right and I applied it with a BH Cosmetics lipbrush from the Pink-a-Dot brush set. 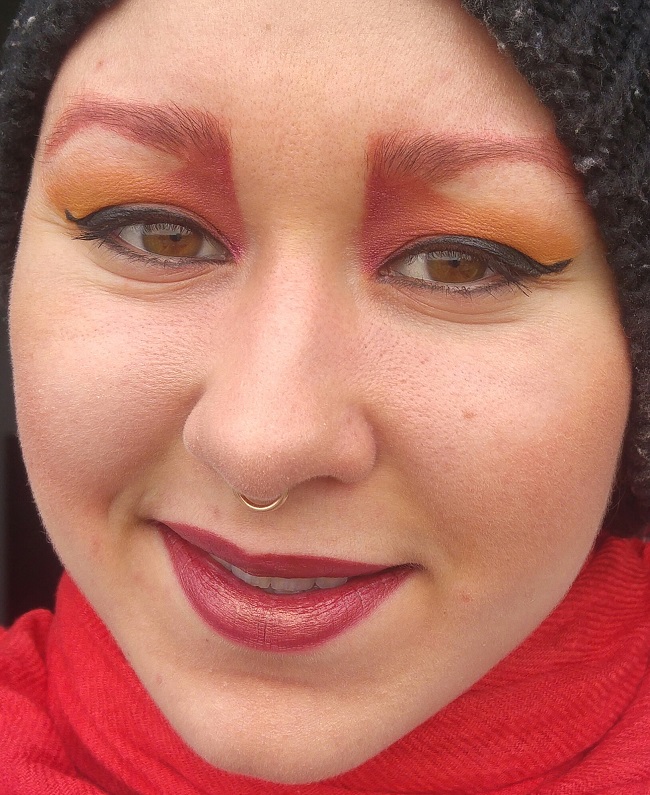 I then applied a bit of the Makeup Revolution Golden Lights highlighter on my lower lip and pinched my lips together. 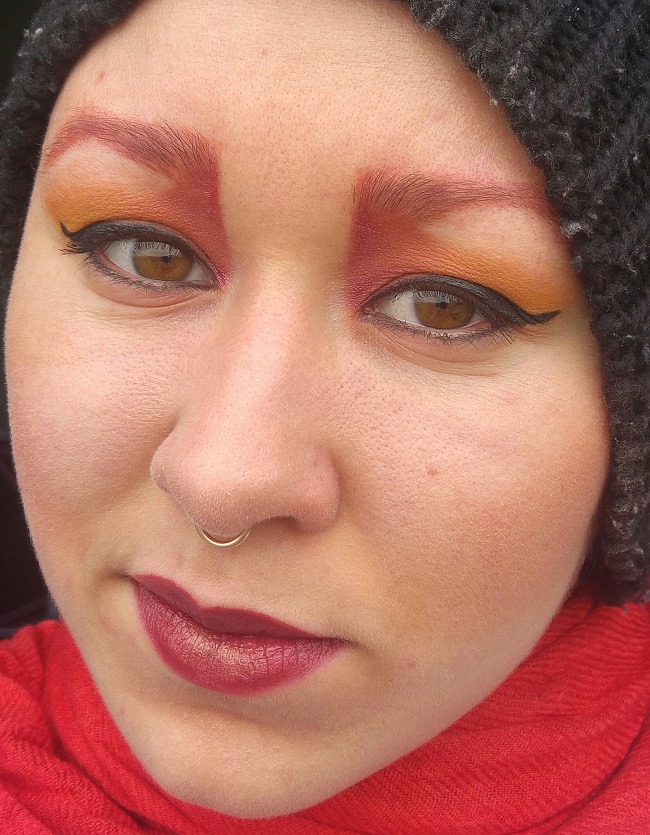 FACE MAKEUP
Before applying my makeup I hydrated my face with monoi oil. As a blush, I used the matte yellow eyeshadow and the BH Cosmetics Aphrodite eyeshadow. 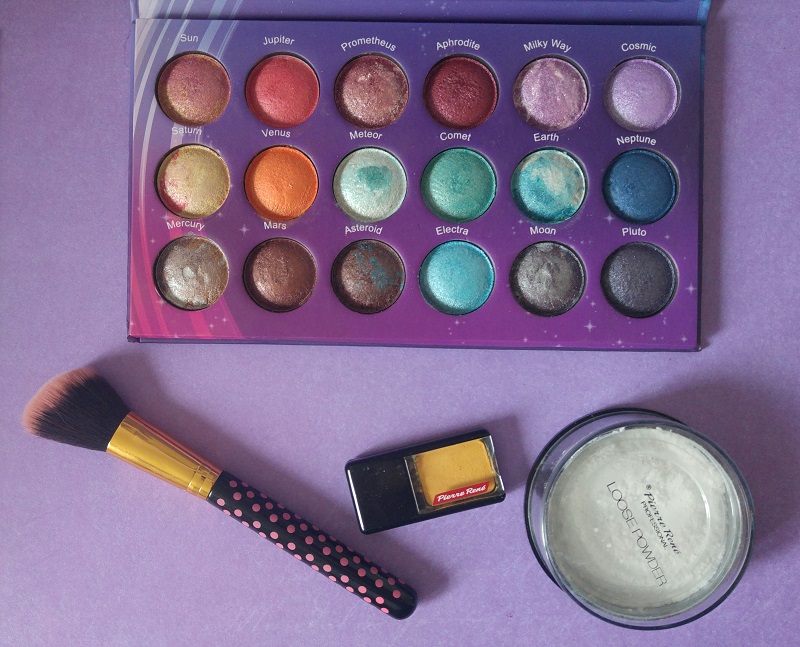 Then to unify the makeup, I used Pierre René Loose Powder that I love. The result is light and good-looking. You can actually make out the blush color and it matches the lip and eyemakeup without being too much.
Tadaaa ! 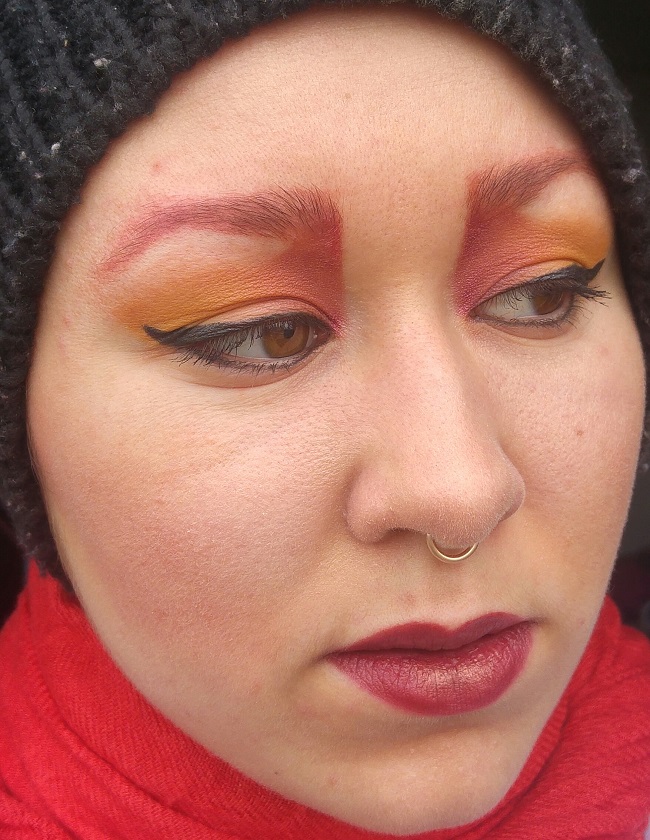 I really like the effect that I\’ve gotten by placing the darkest color in the inner crease ! I guess I\’ll be working some kind of similar makeup soon.
Do you like this look ? Tell me all about it in the comments !