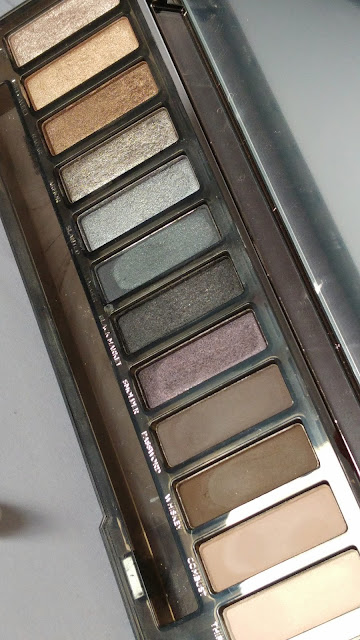 We are gathered here today to celebrate the love uniting my newest eyeshadow palette and myself. Okay, not so new it is. I\’m actually a bit late to show you the deets about Urban Decay\’s latest Naked palette, aka Naked Smoky, that has been released some months ago in the States. Being in France, it was released even later and I bought it about three months after the official France release, in August. If you\’re one to watch reviews rather than read them, just go right there and you\’ll get to see what I think of this palette on my brand new Youtube channel. 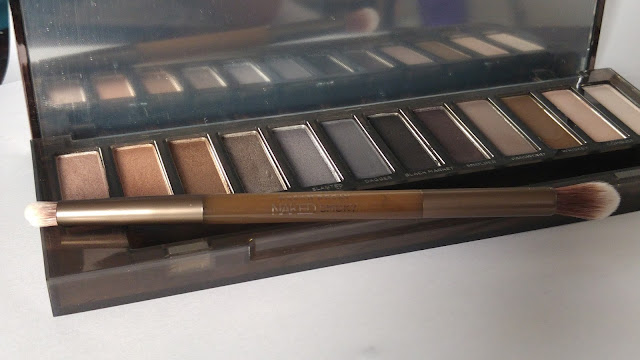 When I first saw this palette, I wasn\’t overexcited to buy it. Then again, just giving out €50 to the cashier for every Naked palette somehow got me non-excited to the max. I did choose to, but as you probably know by now, I love affordable and excellent makeup. I\’ve given up on using L\’Oréal and Gemey Maybelline for quite some time now and I\’m focusing on less famous, underrated and/or mineral brands these days. About a week ago, I created my very first own eyeshadow by mixing some existant eyeshadows I had in store. Okay, not a true \”creation\” from pigments and oxides, but still. I have created some more by now and some are amazingly pigmented. So proud of myself.

As for the Naked Smoky palette, it is so much like the other Naked palettes and so different at the same time…! At first sight, I know it belongs to Urban Decay because of the size of the palettes and the work on the packaging. A smoke design in several layers and silver letters in an emboss effect over the lid. The packaging is made of plastic whereas the first Naked palette was a mix of cardboard and suede and the two following were metal made.

Whereas the brushes in the first versions of the 3 Naked palettes used to be different (ie the original palette had only one brush, now there are two brushes in one), they are now all similar with a medium eyeshadow brush and a blender brush.

I am in love with the brush that is provided with this new declination of the Naked palettes. There are actually two blender brushes to this new model : one that is small and very precise for one who had small eyelids and differently slanted eyes and has to create their own crease, and one large blender brush that looks like the first Naked brushes, that I love using to blend the colors between my crease and below the eyebrows. 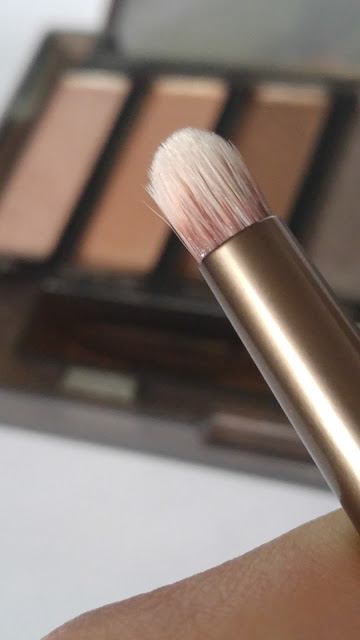 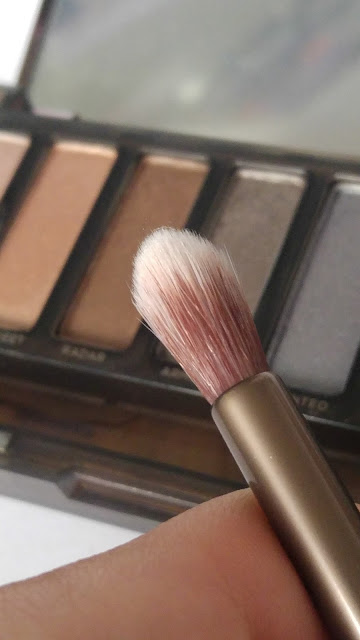 This time, the colors are placed by finish within the palette : the first four eyeshadows are shimmery, the following are satin and the last four ones are matte. I have been quickly surprised by the colors and the pigmentation. Not by all of them, life would be oh so easier otherwise, now wouldn\’t it ? I feel like the brand has truly worked on the quality of the eyeshadows even though I still think that €49 is a teeny bit expensive for something so shallow as a palette. Allow me to say there are priorities in life but oh well, let us make this present to ourselves for Christmas (or New Year\’s Eve) ! 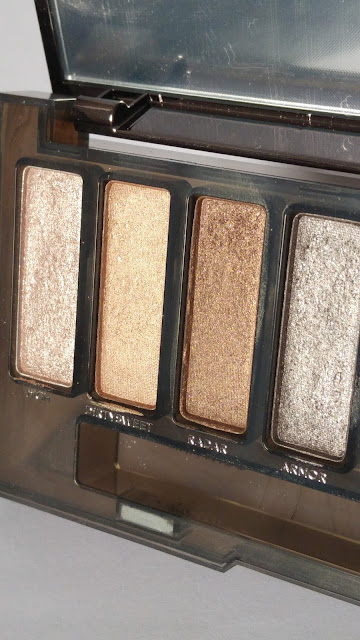 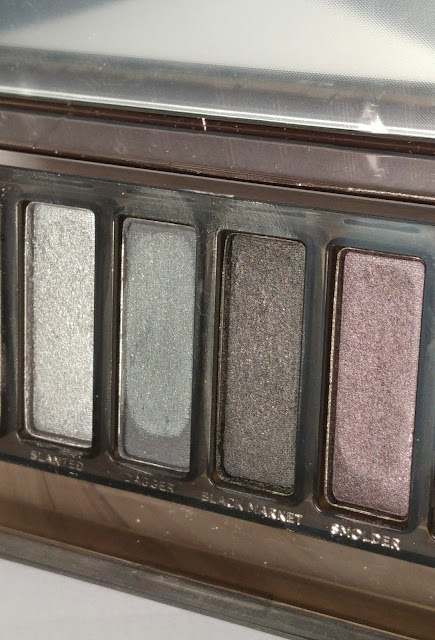 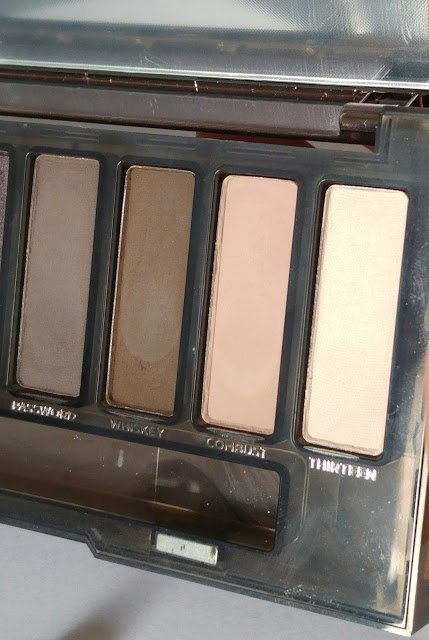 What do I think of this palette, all in all ?
Applying the eyeshadows of this palette is easy as they are quickly and easily blendable.
The hold is really good over a primer. 9 to 10 hours on my eyelids over an ELF primer or over the UD Primer Potion. Without any primer, just knock off half of the time, so I can actually wear the shadows for about 5 hours before they start creasing.
The colors are beautiful, it is a fact. Though, most of them can be found in other eyeshadow palettes for much less. I also have to say that 4 eyeshadows on the sheer side out of 12 is a bit too much for someone who likes neutrals but visible eyeshadows. From Urban Decay, I expected much better, even though I am in love with the first eyeshadow, High, and the 3 last satin eyeshadows.
Just to let you know, here is how the Naked Smoky palette would have been had I been the one to choose the colors. The Tissam Smoky.

I know I\’m going a bit far in this review. Every eyeshadow taken from the Naked Smoky keeps their name. So here is what I think a true Urban Decay smoky palette would be :
– 3 light ultra shimmery and ultra pigmented eyeshadows to highlight the inner corner or below the eyebrow
– 7 satin eyeshadow because UD has just got me in love with those that belong to the Naked Smoky eyeshadow palette. Why so many ? To create not only classic smokys (grey or black, though I acknowledge Urban Decay\’s effort in including a perfect plum color) but bolder smoky looks. In my palette you would find a dark teal, a forest green, Dagger, Black Market and Smolder, as well as two dark browns, one being much darker than the other.
– 2 matte eyeshadows to unify the eyelid and highlight below the eyebrow or the inner corners : Combust and Thirteen would be perfect for the job.
Now, you have all the cards to make your choice… May the odds ever be in UD\’s favor !
What do you personnally think of this latest Naked by UD ? Take it or leave it ?